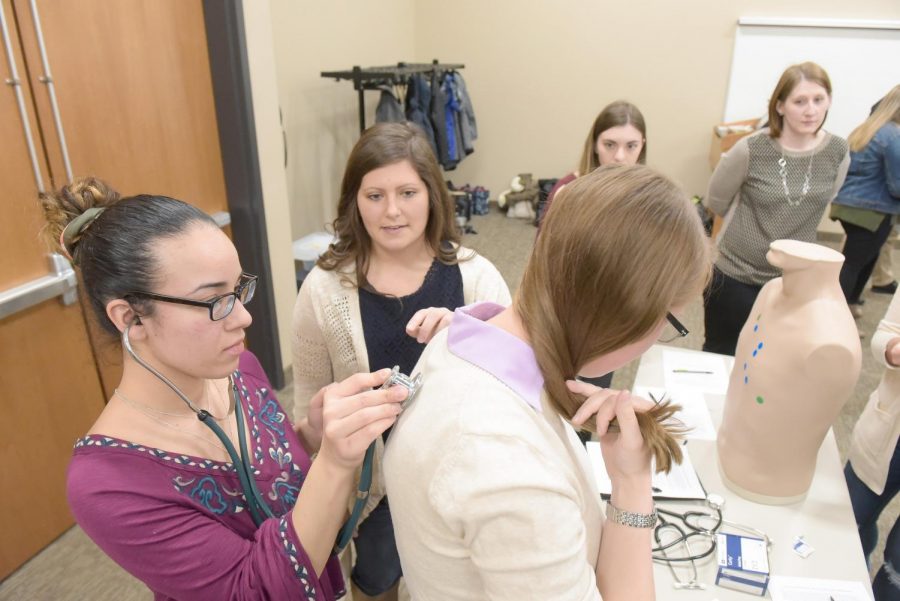 For the fifth year in a row since the program’s existence, Baldwin Wallace University’s Master of Medical Science Physician Assistant (PA) Program has a perfect, first-time pass rate on the Physician Assistant National Certifying Exam (PANCE). This achievement makes BW the only PA program in the state of Ohio to fulfill this realization.

Dr. Jared Pennington, professor, and Director of the PA program credits this achievement to the admissions process.

Ensuring student success, the program is “absolutely competitive,” said Pennington. “At this point, I think we’re over 1000 applications in the system… Next year we’ll be recruiting for 35 students, so it is pretty competitive. It’s competitive across the board.”

The program has previously only interviewed about 80 of the applicants, taking only 30 of those as students each year. However, this upcoming year plans to interview up to 90 to accommodate for the growing class size.

Consequently, with the success of the program, “We’re now attracting students from all over the country,” said Dr. Mark Gersten, professor and Medical Director of the PA program. “Our current first-year class that started in May [has] somebody from California and we have somebody from Florida –neither of them have any ties to Ohio.”

BW’s program is also shorter than the other programs in Ohio, typically ranging around 27 months, at 24 months.

“The first year is mainly classroom, lab, small seminars. [It’s] more of an in-class training and education. The second-year is largely clinical rotations –so out in the community hospitals, community practices, and then [students] have to go through all the coursework and all of the clinical rotations to be eligible for boards,” said Pennington. “Once they pass everything, then [students] take a comprehensive exam, within the program that they have to pass, and then graduate while having to take boards.”

Due to the program’s length, BW students graduate earlier than their contemporaries.

“I believe that we are the only program that graduates in that about of time, so when our students graduate, they’re not competing with graduates from other programs for jobs, which is nice,” said Gersten.

Along with these underlying factors, “we have a very rigorous curriculum. Our curriculum sets the bar pretty high compared to maybe some other programs,” said Pennington. “I think once students go through our curriculum, and then they go one to take the board exam, they realize that the board exam was not as challenging as even some of their exams within the program –which is pretty much the feedback we get back from most of our graduates.”

After passing the board exam, students have continued on their success. “The alumni are doing phenomenal things,” said Gersten. “Some have gotten involved in OAPA (The Ohio Association for Physician’s Assistant) and chair committees.”

The alumni are also helping give guest lecturers along with skills checks for physical exams. They “will be preceptors for us in the clinical year,” said Gersten. “We’ve [also] had a few alumni get accepted into post-grad fellowships.”

Graduates have spread throughout the country with prior students not only in Ohio but California, Arizona, and Florida as well.

Overall on the pass rate, “a byproduct of all the things that we have accomplished in the meantime and not just an end goal,” said Pennington. “It’s just one level of confirmation that [the faculty’s] hard work in training and developing these students is paying… We have an external accrediting body that looks at over a hundred standards that we have to comply with every year, and we work hard to maintain those standards,” said Pennington. “The 100% pass rate is a culmination of us achieving all of those benchmarks along the way to graduate a student who will then be confident enough to pass the board exam and confident enough, not only to pass boards but confident enough to be a practicing PA.”