‘A Devised Production’ to feature collaborative take on everyday heroes 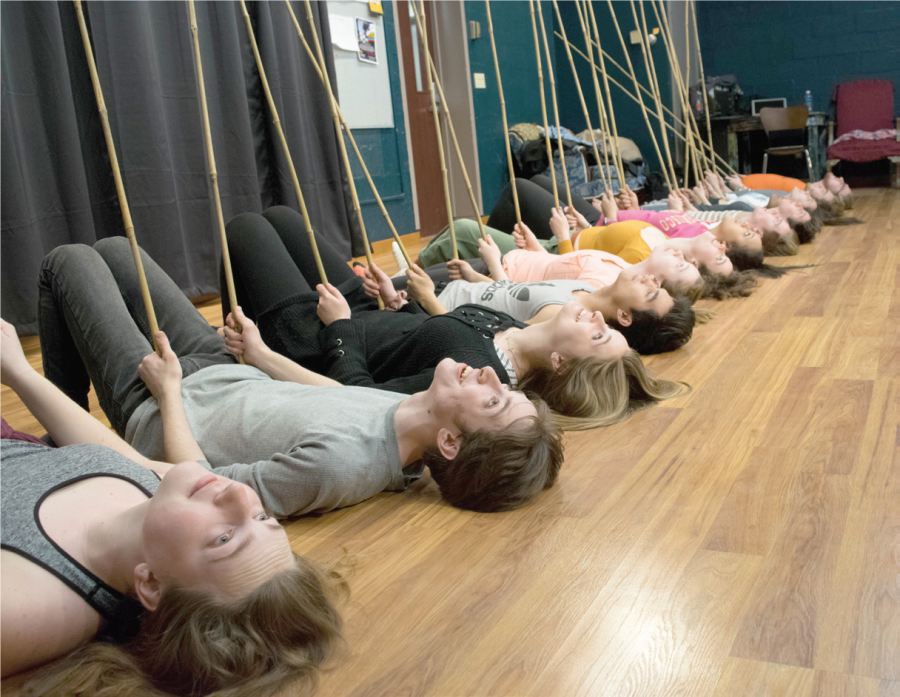 Next month, theatre department members will open themselves up to the Baldwin Wallace community for their upcoming collective theatrical creation, A Devised Production.

The show will take place in the acting studio in the Math & Computer Science building from March 15-18. Admission for A Devised Production is free; however, tickets are required for entry.

This production, as indicated in its title, will be a devised theater piece, which revolves entirely around the element of cast collaboration and essentially “creating something from nothing,” said Pandora Robertson, director of A Devised Production and adjunct professor at BW.

“The piece will be very current. It’s about where we’ve come from and who we are now and how we’re expressing those things,” said Robertson. “And it’s also very exciting because two months ago, this play did not exist.”

For this piece, the cast was instructed to write stories based on experiences of everyday life, which would later be joined and distilled to fit more closely with the predetermined themes of the show, the most prominent being “heroes.”

“We started off with the premise of researching or exploring heroes who are in our lives: who have inspired us: who have, by their actions, given us ways for us to experience our lives more fully,” said Robertson.

Avani Hamilton, a sophomore theatre and BA music major in A Devised Production, described this theme as being truly relevant to spectators expecting audience members to personally feel and understand the struggle of the hero.

“I think that our storyline will be something that everyone can kind of relate to in one way or another because our overall theme is about a hero, and everyone can relate to heroes,” said Hamilton. “We’re heroes in our everyday lives.”

This type of production is engineered in a way that strongly differs from the construction of traditional theater. Rehearsals up until this point have been just as unique an experience as the show itself, said Hamilton, given the overall joint element of the piece.

“You don’t walk into rehearsal and have a script that’s fully memorized and that you’re going to block right away,” said Hamilton. “You have to think creatively, and you have to collaborate with your cast members.”

This element of cast collaboration through script writing and story construction paired with the personal narratives of the ensemble have resulted in a “hard won” authenticity and uniqueness that makes the production special, said Robertson.

Not only is the nature of the storyline inimitable, but the minimalistic component of the set brings another distinctiveness to the production.

“This is going to be a really unique blend of realism, of the ordinary with the extraordinary, and the fantastic,” said Robertson, “and it’s all going to be done with very minimal sets and costumes.”

Six-foot tall bamboo rods will be the only props wielded by cast members, who will be barefoot and costumed in simplistic earth-tones.

“If somebody comes to this show, they will not see this show in this form or anything like it anywhere else. It’ll be very original. There will be some beautiful imagery and language in it and they’ll be looking at things in a way that perhaps they’ve never seen before in a theatrical format, so it’s going to be very different,” said Robertson. “It’s going to be a mixture of movement and visual images and there’s going to be a little bit of music in it as well. It’s going to be, I think, a very unique way of telling a story.”