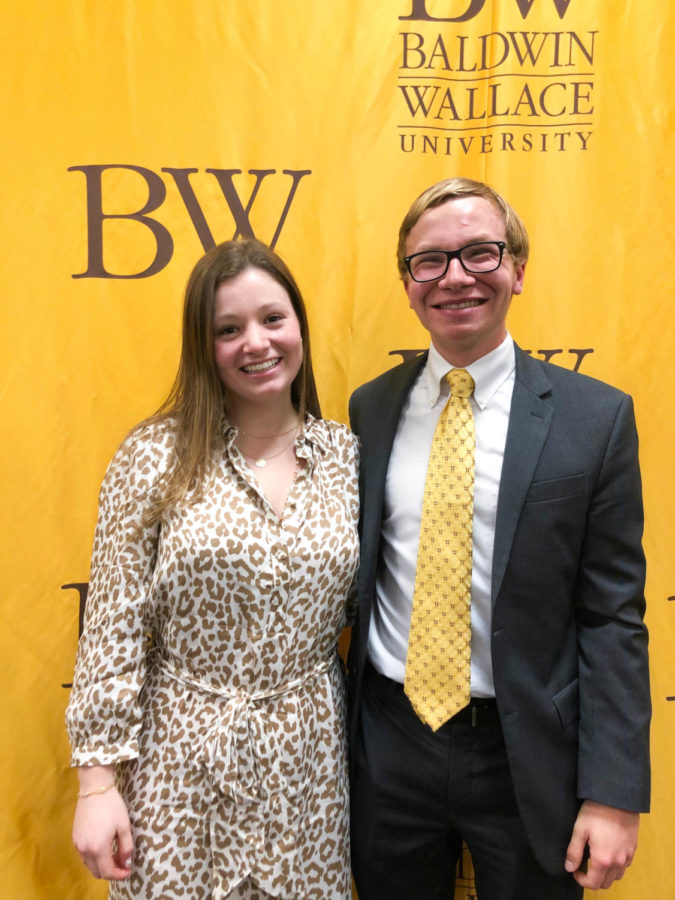 The duo beat competitors Emily Muench and Zaire-Hall Hamilton with 54% of student votes.

At the inauguration, they spoke about their new role as leaders and the changes they hope to bring about on campus.

“[Cole] and I came together with a couple of main goals to help improve communication on campus, improve accessibility for all students, to continue to work on diversity and inclusion, and dining services,” Perry said.

Cole and Perry hope to highlight inclusion for people with disabilities and different religious backgrounds in their new roles, as they have prioritized in their past roles in student government.

During the event, the issue of dining services was highlighted frequently, both by President Bob Helmer and Vice President for Student Affairs Timeka Rashid, with both noting the need for changes within the dining system in their speeches.

Cole and Perry attribute their win to their campaign work, Instagram presence, displaying messages of support throughout campus, and their connection to various athletic teams on campus.

Cole and Perry said there has been a lot of notice and support from students, faculty, campus officials, and administrators, as well as employees congratulating the duo as they go about their days. They said they felt an amazing outpouring of support and received many messages of congratulations.

Cole attributes involvement in student government as inspiring her to get more involved on campus, including her decision to run for president.

“Being able to be in student government showed me how many changes I could make and how many lives I could impact,” Cole said.