Plans also include addition to add space to seat 1,000 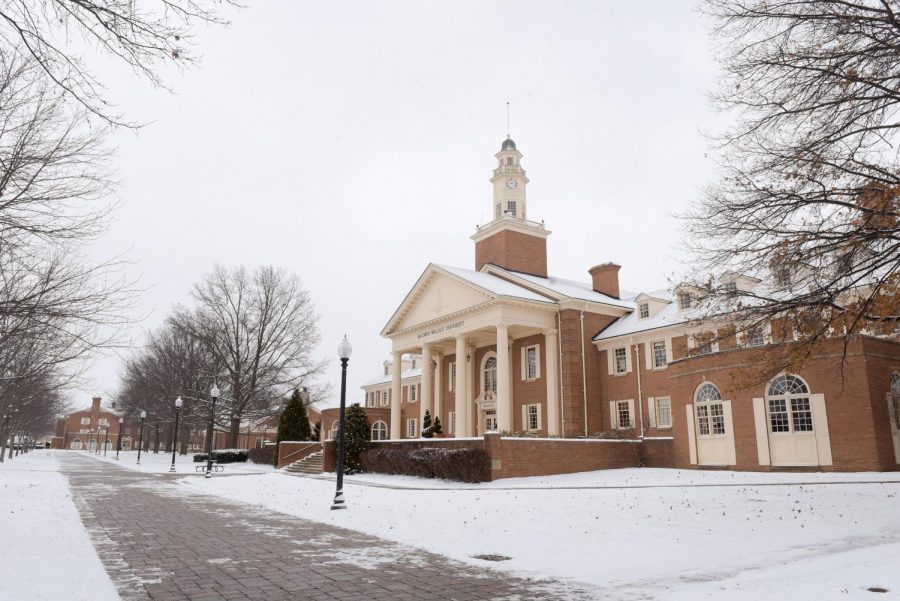 While the $20 million architectural plans for the Strosacker Hall renovations are being reviewed, the restoration process looks to provide some new experiences for Baldwin Wallace students.

President Bob Helmer said that the renovation will not only provide a “21st century dining experience,” but the current plan calls for an addition to be built in the “southeast corner of the Colony room and make it into a 1,000-seat conference center.”

Helmer said that the idea came from talking with students and gaining firsthand insight on what changes students want. He said students agree on two essential makeovers Strosacker needs the most.

“These come from things that students have shared with us that Strosacker lacks in two things: one, good dining experience and two, adequate meeting space,” said Helmer.

Though the backbone of the project comes from student requests, Helmer said that those requests are not the only student involvement in the process and will come with the assistance of the Student Senate.

“We’ll ask the Student Senate to send some students to be part of a task force because at the end of the day, [students] have to tell us what [they] want. Students will be involved in shaping the whole thing,” said Helmer.

Trina Dobberstein, vice president of Student Affairs, said although the students’ perspectives made it clear what changes should be made to Strosacker, when the plan for the renovation first started, methods to combat small meeting spaces were already considered.

“From the very beginning, we thought when we do have the ability to reshape the Union, we’ll consider a big multi-purpose space,” said Dobberstein. “Because we have so much limitation with space for the multiple student organizations and events, the ballroom, which is the main dining room, becomes the only place to do anything. The threshold will meet a number of our needs for those major events and give us a lot of programming space.”

Helmer said that events that require a larger space, like convocation, keynote speaker events and concerts, occur “only a handful of times a year,” while a smaller area for student activities is what is required a majority of the time.

He said the conference room will serve multiple purposes with collapsible walls to shrink down the size.

“It’ll be able to be divided into smaller rooms, bigger rooms, medium-sized rooms, all for students to be able to use,” said Helmer.

Helmer said the purposes for the conference hall will vary for several purposes, such as freshmen convocation, which seats approximately 700 first-year students and faculty, student organizations. It could even act as a marriage reception hall for alumni who want to get married on campus.

Dobberstein also said summer conferences could be held there as well when students won’t be on campus.

“We do a lot of programming, summer conference programming for organizations that rent out our space in the summer when the students aren’t using it,” said Dobberstein.

Helmer said the current layout is not set in stone.

He also said half of the funds are currently raised. The goal is to begin construction in May 2021.