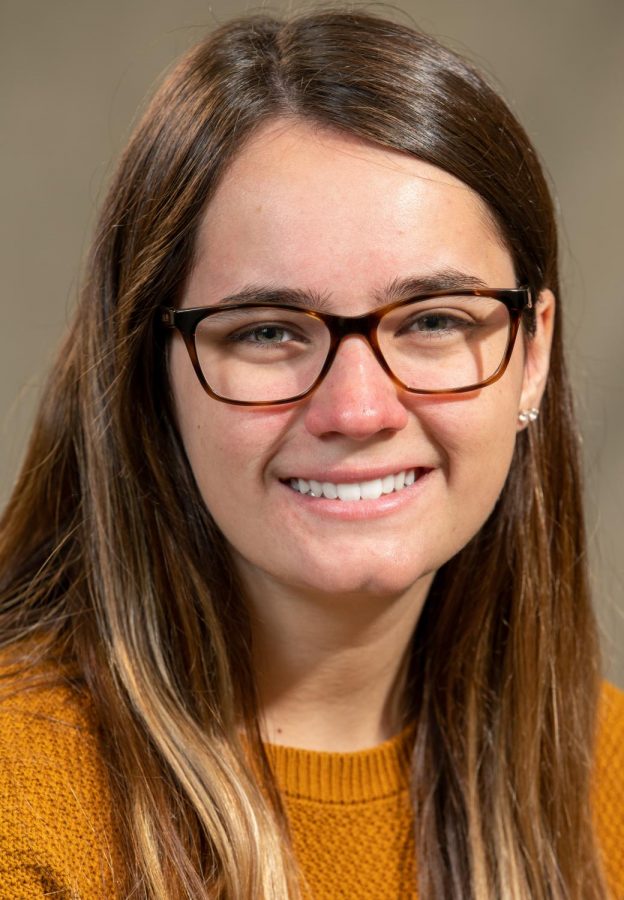 Student Senator since the fall semester of her   year and was previously the committee head of the Facilities and Sustainability committee.

As many other students involved in Student Government, Helmer wanted to help create change.

“I joined Student Government because I had seen the impact this group is capable of making on campus,” said Helmer.

According to Jaime Yager,  , Smith is the longest, consecutive, serving senator and will therefore serve as a guide for Helmer during her first few weeks.

“She was one of the best senators to take on the role,” said Smith. “Clare has a lot of ideas.”

Thus far, Helmer has reorganized the senators within the committees of Student Senate.

“People will get more work done if they are passionate about what they’re working on,” said Helmer.

According to Helmer, she prepared for the election by taking a step back and analyzing her own work within Student Government, as well as the work of past senators and presidents. This then led her to dictate where she saw Student Government going.

As far as the presidential election process goes, the senators nominate fellow senators that they would like to see as Senate President, said Helmer. Each nominee gives a short speech laying out why they are running for Senate President, followed by a period of voting by paper ballot. After the results are tallied and the winner is announced, the new Senate President is sworn in and runs the rest of the meeting.

Though Student Government has grown, according to Smith and Helmer, more student involvement is always appreciated. Students interested in joining Student Government or those who are simply curious about current BW issues should come to a meeting, according to Helmer. “We meet every Tuesday at 6:30 pm in the Quarry Room.  Everyone is welcome and it is a great way to see what Student Government is working on and to get a taste of what Senate is like.  Definitely consider joining!  There is a committee for everyone and Student Government not only prepares you to be a leader, but it encourages you to pursue your passions and empowers you to make changes around campus,” said Helmer.