Strosacker to get $20M renovation

Original plan was for $50M for new building 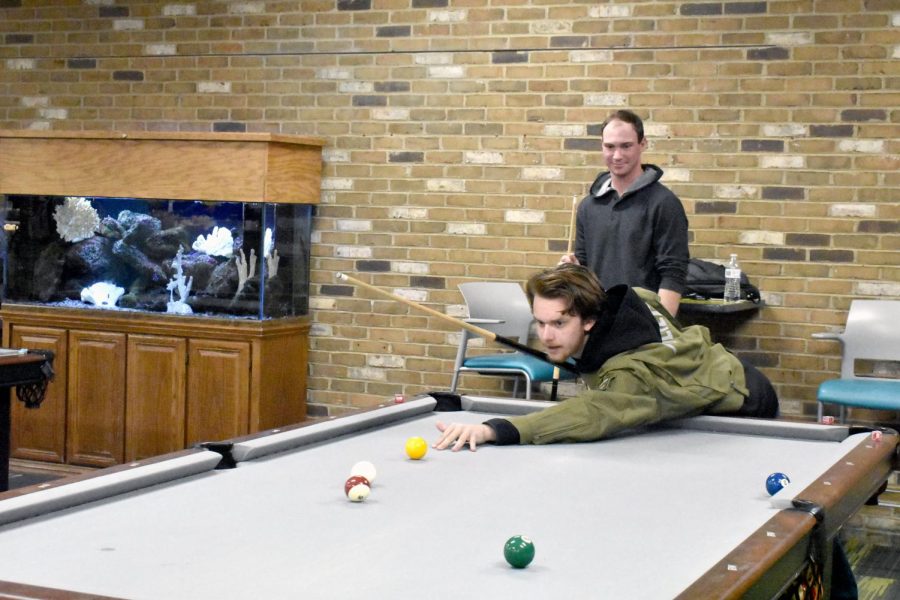 A new $50 million student union building that was originally in the plans for Baldwin Wallace has been replaced with a $20 million renovation of Strosacker Hall, home of the current union.

For several years, the decision makers at Baldwin Wallace have discussed the idea of building a new union and renovating the current student union into a center for growing Health Sciences programs. Recently, however, a change in the Comprehensive Campaign goals has shifted funds towards student scholarships and reduced the scope of the union project from new construction to renovation.

On homecoming weekend, the Board of Trustees approved the idea of raising funds to renovate the current student union into a new student center.

Originally, the Comprehensive Campaign dispersed $50 million to the creation of a new student center that would be built at a different location than the current student union. In a Fall 2017 interview, Senior Vice President Dick Fletcher told The Exponent the new union was one of three projects in the works and it would be built in the place of parking lot next to Lou Higgins Rec Center.

However, the delays with the construction of the Knowlton Center — the new Math, Computer Science and Engineering building being built on the North Quad — led to the reorientation of the Comprehensive Campaign into an idea that is more feasible and less costly, said Pat Dunlavy, vice president of Philanthropy & Alumni Engagement.

The recreated campaign allocates $20 million to renovate the current union to make the building more up-to-date with current student wants and needs, he said.

“The tentative idea is to refurbish, add on to, and remake the current Strosacker Union into what we would call a new student center,” said Dunlavy. “It would be a new dining facility — more state of the art, more consistent with what students like today — and there would be ample meeting space for student organizations, and more room for study.”

Dunlavy said this part of the Comprehensive Campaign is the most in flux and will take months to finalize a plan. Much like the new Math, Computer Science and Engineering building, it can be assumed that there will be starts and stops in the process, he said.

Since the plan is “tentative,” BW has not started to work with an architect yet. However, the university is working to sort out to what they believe are important needs going forward, said Fletcher. Once the decision makers have answered the important questions, it will enable them to start working with an architect on official renderings. “We still have some work to do in the campaign to raise the funds to do what we want to do,” said Fletcher. “I think it’s probably prudent on our part to start the thought process and developing the thoughts and ideas of what we want to do so that when the time is right, we are ready to roll.”

Although the initial idea of renovating Strosacker Hall has been approved, the Board of Trustees and Buildings and Grounds Committee are still required to approve any additional steps in the plan. Once the concept has been finalized, the two committees will have the final say in approving or disapproving the ideas.

Much like all of Baldwin Wallace’s plans for the future, the overall goal of this component of the campaign is to benefit Baldwin Wallace students, Fletcher said.

“I want to stress the fact that we are always trying to enhance the student experience,” Fletcher said. “That’s what this whole campaign is all about [and] that’s what we try to do each and every day is to make this place the best place it can be for the learning and growth of our students. That’s paramount in our mind.”

In the next three to six months, Dunlavy said the University will have a better grasp on what the timeline of the renovations will be.

The original $125 million Comprehensive Campaign, which was reoriented at the October Board of Trustees meeting, originally laid out $25 million for the Math, Computer Science, Engineering and Physics building, $51 million for the new Student Center, $24 million for the renovations of  Strosacker Hall and the remaining $30 million for student scholarships.