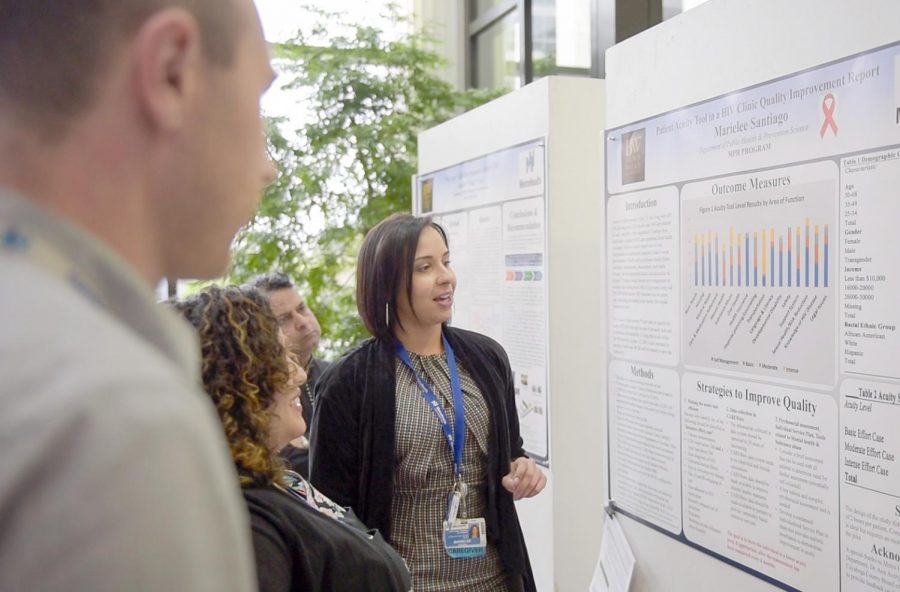 The plans include the implementation of social and informational events, efficient communication systems, as well as possible lounging and housing options. Additionally, the changes will involve offering a greater variety of academic certificates for students after they obtain their bachelor’s degrees.

The changes were first brought to the table by two sources: Baldwin Wallace’s staff and the accreditation report, said Dr. Karen Kaye, dean of graduate studies.

A few years ago, Deans from across different graduate programs got together and formed a “task force” and “identified areas” that they felt needed improvement, said Kaye.

The “task force” synthesized the information gathered from these interviews and meetings, said Kaye.

Later on in the process, Baldwin Wallace University was advised to change by an external source.

“The campus accreditation report came out and people who came to visit for accreditation noticed how much larger our graduate programs were from the last time they were here,” said Kaye. “They specifically said ‘you need to build a stronger graduate culture.’”

These changes are set to be completed by 2022, said Kaye.

One way that Baldwin Wallace University is going to show support for its graduate students is through a Blackboard site specifically designed for them so that they are able to access general information in one place, said Kaye. The page will promote social activities for undergraduate and graduates in hopes to increase interaction. Interaction could potentially take place through forums like free open lunches, said Kaye.

“Part of having graduate culture is having everyone else know it exists,” said Kaye.

“They’ve asked for development activities,” said Kaye. “Usually it’s around personal things, like for managing your family while you’re a graduate student. They have those extra stressors.”

The School of Business is offering certificates to accommodate the needs of busy students after undergraduate school, said Dr. Susan Kuznik, associate dean of graduate business programs. These options for certification launched this fall.

“So, they’re moving forward where it’s not a degree, but they can achieve a specialization after they have achieved a bachelor’s degree,” said Kuznik. “The key thing is flexibility because they’ve been asking for flexible times and also flexible content.”

The School of Business is working to inform and prepare its graduate students for the professional world, said Ms. Nancy Larson, graduate coordinator and academic advisor.

“We keep in close contact with our business colleagues and counterparts and make sure that we’re developing students so that when they graduate they have the skill set employers are looking for,” said Larson.

Recognition at commencement for their achievements is another goal graduate students are striving to achieve.

“They would like to have a hooding ceremony,” said Kaye. “We’re trying to figure out how to do that without adding an hour to the ceremony.”

The hooding ceremony is a tradition that involves presenting graduate students with a strip of fabric, otherwise known as a hood, that contains the color of their program and university. It is a formal recognition indicating another level of achievement.

A designated area for graduate students to hang out is also on the table.

“We’re looking at possibly finding them a space on campus, like a graduate student lounge, so they’d have a single space to go, relax, and maybe eat their lunch,” said Kaye.

While the staff have already accomplished some goals, there is still work to be done.

“So, really everything should be in place by 2022, to be able to say we’ve done all these things and they’re all working,” said Kaye. “We’ve done a lot in the first year and we have goals for the spring and some goals for next year.”