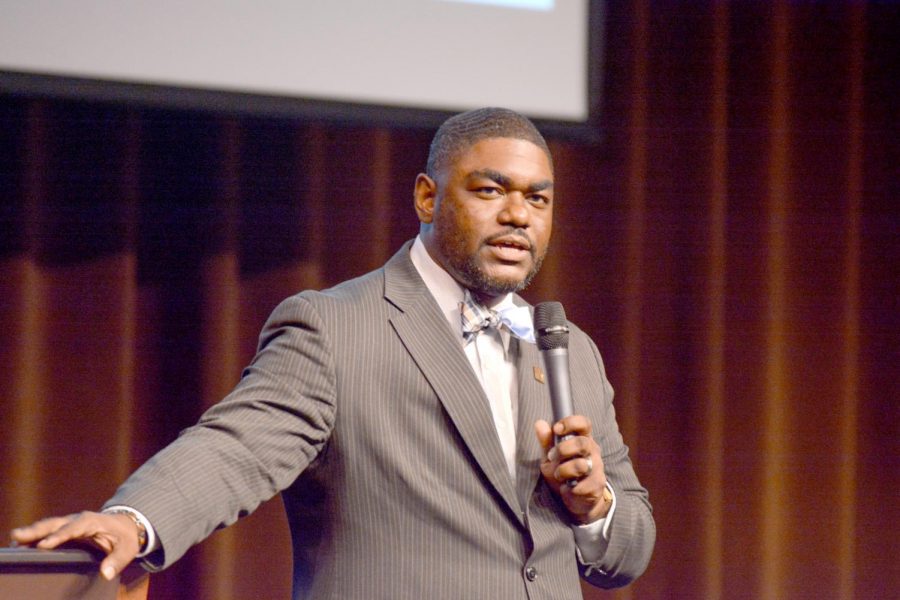 CJ Harkness, Baldwin Wallace University’s chief diversity officer, has been named the Ohio Diversity Officers Collaboration (ODOC) president for the next two years.
ODOC, which was created nearly 10 years ago, is an organization for chief diversity officers and individuals whose careers handle diversity at both public and private universities to “establish professional relationships, develop partnerships for new initiatives, and share valuable information and resources,” as stated on ODOC’s website.
The members attend many conferences throughout the year to discuss their respective goals, initiatives, and share information and resources with each other to create new ideas and possible future initiatives.
Harkness was selected by the ODOC leadership team at the time about 4 years ago to take the role of the second Vice President of the organization. This appointment eventually led Harkness to become the current president after the previous president, Shanda Gore, Chief Diversity Officer of the University of Toledo, ended her term.
Harkness was also assigned his position because of his willingness to help plan the organization’s annual meetings and to create presentations for these meetings.
During his time as president of ODOC, Harkness hopes to achieve several goals. One of these goals, as Harkness said, is to “stimulate greater collaboration between multicultural organizations throughout the state.” Such organizations include the American Association for Access Equity and Diversity (AAAED), which provide training in the understanding of affirmative action and similar diversity-driven opportunities, and the Ohio Diversity Council (ODC), who aims to create programs that uphold and spread diversity awareness. Harkness hopes to establish greater connections among these groups to share resources and knowledge.
“There are other higher education groups who do some form of leadership development and program sharing,” said Harkness, “I’m a believer that these groups could all benefit from engaging each other more.”
To achieve his goals for ODOC, Harkness said there were a few things that needed to happen. For one, he would need to conduct some outreach, such as to “pick up the phone and call some of my colleagues to get them on board with some of these issues”. The organization also needs to better utilize their website by updating the information to be as current as possible, as well as for Harkness to put out a statement regarding his succession.
Finally, Harkness hopes to establish more tangible and meaningful partnerships to complete his goal of greater collaboration; for example, the organization will be partnering with Ohio State University for their next annual meeting.
“[The organization] is working on figuring out how to bring some collaborations where either we encourage everyone to attend a program or workshop that one of the organizations is doing and drive people to do that or [ODOC members] actually get together and plan something,” said Harkness.
For now, the organization is planning to hold their 10th annual meeting at Ohio State University sometime in 2018, which Harkness said will be an important opportunity for him to help further his goals for the organization.