Future of Perkins loan program, which provides $500K for BW, in question 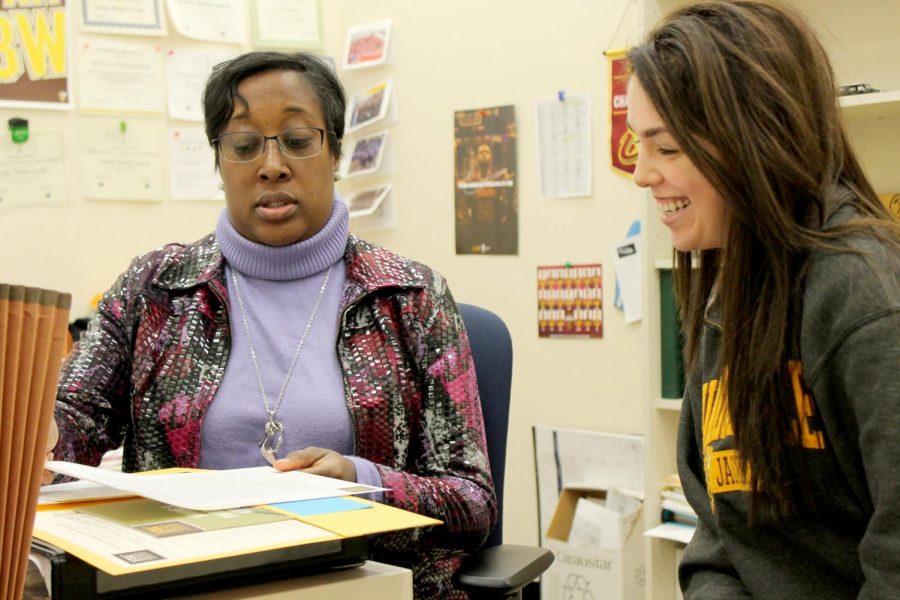 The future is uncertain for the Federal Perkins Loan program.
Congress allowed the student loans program to expire on Sept. 30. While the possibility remains that Congress may revive it, there is no guarantee that the program will be funded for the 2018-2019 academic year.
Established in 1957, the Perkins loan program is the oldest federal student loan program, said Dr. George Rolleston, director of financial aid at Baldwin Wallace. The loan is based on a revolving fund, where the money repaid by former students is used to create loans for current students.
“You couldn’t ask for a better program than students being able to pay back and then future students being able to make use of those funds,” said Rolleston.
At BW, Perkins loans are offered to some federal Pell Grant-eligible students with outstanding financial need, said Marcia Shaffer, BW’s

Perkins loan administrator. The Office of Financial Aid at BW chooses to award Perkins loans primarily to freshmen, because, according to Rolleston, they have “less borrowing power” than upperclassmen, and are likely to receive less assistance from other loans. Since most Perkins loans are distributed to freshmen, changes at the federal level are more likely to impact future incoming students, rather than current loan recipients, Shaffer said.
Though the amount varies year-to-year, BW students typically receive around $500,000 in Perkins loans, Rolleston said.
So far this academic year, the office of financial aid has awarded 236 Perkins loans, with the possibility of awarding more as the year progresses. Averaging approximately $2,000 per academic year, the loan is used as a supplement to the other financial assistance a student has received, said Shaffer.
“Perkins fills a gap,” said Shaffer. “It’s not huge, but, believe it or not, there’s a lot of students who would not be able to stay in school if they did not get that $2,000 a year.”
The program will remain unchanged for the current academic year, so current recipients do not need to worry, said Shaffer. Unless Congress moves to extend the program, however, BW cannot administer new loans for the 2018-2019 academic year.
Without Perkins loans, would-be eligible students would have to seek elsewhere for the funding necessary to complete their education. They might have to take out a private loan or a parent loan or pay out-of-pocket, said Rolleston.
“It changes the equation for financing a student’s education,” said Rolleston.
The Perkins loan program has “been in jeopardy” in Congress for over 10 years, said Rolleston, and has even been allowed, briefly, to expire in the past. In 2015, the Perkins loan program was allowed to expire on Sept. 30, but was extended on Dec. 1 of that year.
The Perkins loan program uses federal monies but is facilitated by the school. If the loan program is not restored, Rolleston said he is unsure what will happen to the funds being repaid by current loan recipients. Current loan recipients for this year will not be affected by the change, he said, though it may mean less money for incoming freshmen in the future.
Shaffer said that she thinks it is likely that Congress will again move to extend the Perkins loan program. She encourages students and other members of the campus community to reach out to their representatives in Congress to express their support of the program.
“I want to make sure that people are aware that the fight to save the Perkins loan is not over,” said Shaffer. “There’s much possibility that it can be renewed and extended.”
Specific information about how to actively support the Perkins loan program can be found at www.coheao.com/advocacy/support-the-perkins-loan-program/