A Cinematic Review of Get Out 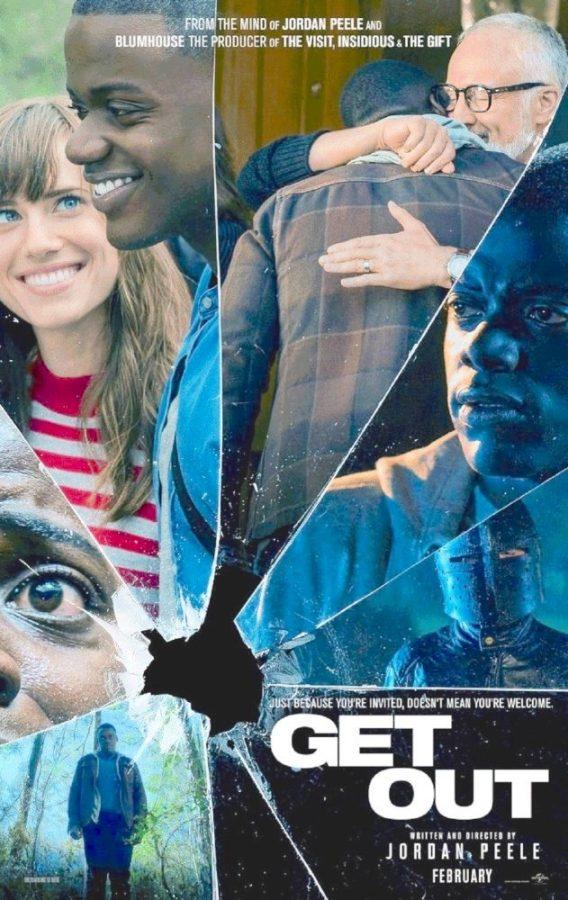 Jordan Peele makes an excellent cinematic directorial debut with Get Out, a horror film about society’s ineffective attempts to address inequality between African-American and Caucasian cultures. In Get Out, Peele exploits the increasing divide growing between these two cultures, attributing it to the desire for one culture to assimilate the other, rather than empathizing with others who are different from you. Peele also identifies the feeling of guilt as an individual’s primary motivation to take action.

Peele conveys feelings of paranoia and discomfort by opening the film with a sudden abduction of a black man in a suburban neighborhood. This results in a feeling of paranoia and uneasiness, which lingers for the remainder of the film. Peele also shows an remarkable amount of cinematic competency throughout the picture. For example, after Peele establishes a scene, he often cuts to a shot that is captured from 180° opposite of the initial shot. This gives the illusion that we are looking back, much like an individual who feels guilty for not taking action when he/she had the opportunity to do so.

Jordan Peele also proves that he is a skilled writer throughout the screenplay. While Get Out is a horror film exploiting cultural dissensions, there is an abundance of comedy in his writing. I often found myself laughing at the comic dialogue – especially at the circumstances of Chris’s TSA (Transportaion Security Administration) Agent friend, Rod Williams (LilRel Howery) – until the next disturbing event occurs.

I attribute much of Get Out’s success to Peele’s ability to develop a contained story. Most of the film takes place in one location yet does not overstay its welcome. While the themes are dispersed throughout the feature, the final climax of the film somewhat loses sight of what brought Chris to his problems: the divide between his culture and Rose’s family. Despite my problem with this handling of theme, Chris’s character arc is skillfully handled and it comes to fulfillment through the experiences he endures at the house.

Get Out is a wonderful motion picture about guilt, compensation and cultural conflict, all impressively relayed in a horror film. Get Out is as smart as it is entertaining. It balances the emotions of fear and comedy well, while is also displays excellent film language and form. I am just as eager to see Jordan Peele’s next project as Microsoft was eager to leave product placement throughout the film.