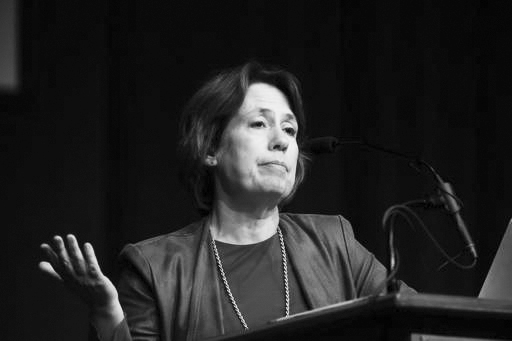 Baldwin Wallace University had the honor of hosting Sheila Bair, ex-Federal Deposit Insurance Corporation (FDIC) Chairman and author, to the John Patrick Kleist auditorium on Tuesday the 21st for a talk and Q&A session.
Bair played a critical role in stabilizing the U.S. financial system during the economic crisis of 2007-2009 after she was appointed chairman of the FDIC by President George W. Bush in 2006. Among other accomplishments, Bair was named the second most powerful woman in the world by Forbes magazine in 2008 & 2009.
The FDIC is a U.S. government corporation that provides deposit insurance guaranteeing the safety of a depositor’s accounts in banks.
Bair centered her talk around leadership and the qualities needed to be a moral and influential leader. Having a sense of purpose was something that always helped her be a better leader at the FDIC.
“I believe in government and I’ve always wanted to serve the public. To be a leader you need to know that your cause is just,” Bair said.
During the financial crisis, Bair often had to ask herself “Is this decision serving the public?” She did not believe that bank bailouts were the answer when trying to fix banks with bad loans and mortgages.
“When institutions behave irresponsibly, they need to be subject to the disciplines of the market,” Bair added.
The ultimate leadership skill, according to Bair, is being able to rise above self-interest and do what is best for the greater good of the people you are working to help.
Bair spoke of the bank executives who received bonuses during the crisis and the “house flippers” who brought neighborhood values to ruin. She believes that the recession was mainly caused by self-interest, and “the people that were hurt did the least wrong.”
During her talk, Bair offered advice from her latest book to the college students in the auditorium. She urged students to be good business people, good consumers, good parents, good savers, and good citizens.
She also spoke of the importance of being educated about who to vote for because “frankly, some seem to be more worried about their next re-election than what’s good for the people.”
BW Director of Accounting MBA Tom Carvey was pleased with Bair’s focus on learning from past mistakes for the future, “[Bair] gave a great history lesson for everyone in attendance. She set a solid framework for students so they can be financially proactive for the future” Carvey said.
Bair concluded with an apology to students who she said “are the true victims of the financial crisis.” She argued that young people were hurt the most because they saw their homes lost, graduated with the highest average amount of student debt to date with little prospects of a job, and have the potential to be responsible for a tremendous tax burden in the future.
Bair urged students to be wary of the educational choices they make when taking out loans because they will be burdened with them for many years to come.
The BW audience was impressed with Bair’s words of wisdom. “Her speech put into perspective the importance of considering student loans. The overall message spoke to students on the greater mission of BW,” Nora Mahoney, class of ’10, said.
“It is great that BW had someone come and share the evening for us who helped protect the country in a time of uncertainty and fear,” BW President Robert Helmer, added.
Bair ended the night with a Q&A session and book signing of her latest books The Bullies of Wall Street and Bull By the Horns.