Change in April Reign Event: Boat Out, Tricycle In 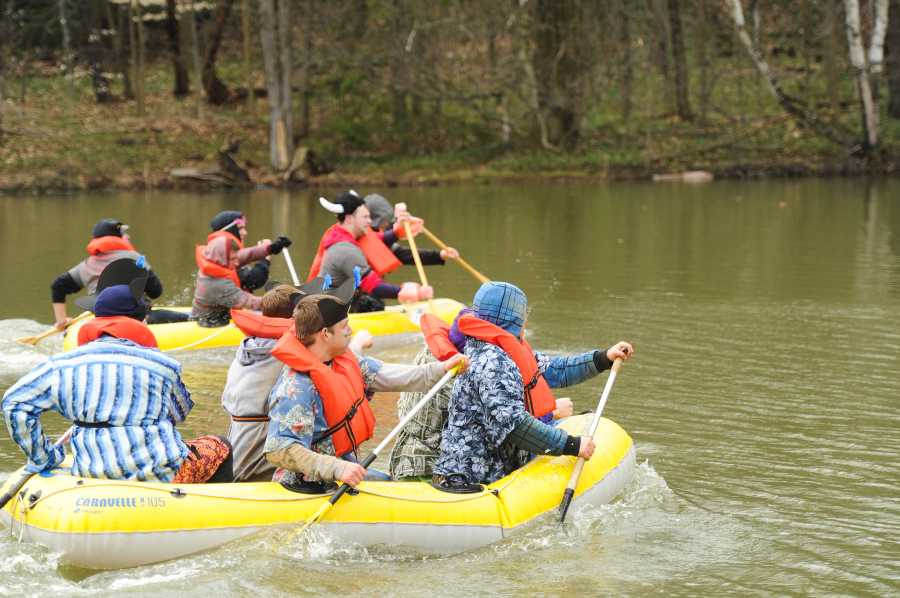 April Reign is one of the oldest traditions at Baldwin Wallace University, usually held in April- several weeks before finals. Junior class officers recently re-evaluated the event to make a few updates and changes.
To many students’ surprise, boat racing was removed from April Reign’s challenges, and replaced with a tricycle race.
There were many factors that went into the decision to change the event.
“From the very beginning, we decided that we wanted to make April Reign a more inclusive event, something that all student groups could participate in.” Tom Jackson, president of the junior class, said.
Generally, fraternities and sororities are the main participants in April Reign. The officers chose to make decisions that would allow for more students to be able to participate in the events.
“It had the smallest participation of all the events but required the most work to set up. The fact that teams had to provide their own boats as well as purchase boat licenses were other huge inhibitors for student groups to participate.” Jackson said.
BW’s insurance policy doesn’t allow the school to own the boats, which makes it difficult for organizations that don’t have the budget to purchase a boat to participate.
Many students who have competed in boat racing in previous years are disappointed that the event has been taken away.
“The cost of getting an inflatable boat and registering it is maybe 100 bucks. If that was too much for an organization to pay, they could have easily asked another organization to borrow their boat” sophomore Brianna Kingston, added, “I would have rather seen the sharing of boats, [before] cancelling the race all together.”
The new tricycle race was chosen because it was an old May Day event.
May Day was the predecessor to April Reign in the early years of BW. The name was changed when the university switched over to semesters and students were no longer on campus in May.
“Tricycle requires nothing from teams to participate, but still promises to be a fun event.” Jackson said.
The event will be a relay where competitors will complete Minute-to-Win-it challenges on their way to the finish.
Additionally, the officers eliminated the participation fee to encourage more student organizations to compete in April Reign. The fee was a factor that kept many organizations from joining.
The officers considered many things when making changes for more organizations to compete.
“We created a new, separate co-ed bracket. Scores will be calculated separately, so it does not affect the traditional brackets. It does, however, allow for all student organizations to create teams.” Jackson said.
The officers also created an obstacle course for all the brackets to compete in.
“We tried to put together an event that could bring together the entire student body, without infringing upon the history and tradition that April Reign has come to represent.” Jackson said.
April Reign will be held this year on Friday April 10 and Saturday April 11.