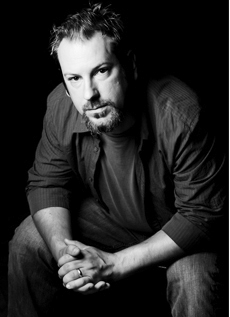 Baldwin Wallace University professors and authors Michael Garriga and Kevin Keating hosted an informal book talk at Ritter Library.
Kevin Keating is a BW English adjunct professor and author of the book The Natural Order of Things.
His book was published by Aqueous Books and nominated for an L.A. Times Book Prize, along with other laudable nominations.
Keating’s second book will be published by either Pantheon Books or Knopf.
No stranger to magazine and journal publications, Michael Garriga teaches creative writing within the BW English department.  His flash-fiction book, The Book of Duels, has received enormous praise. The Book of Duels is Garriga’s first book-published by Milkweed Editions.
Throughout the book talk, the authors discussed various roots of inspiration for their books and tips for budding writers.
Garriga mentioned that although inspiration is important, actual work is just as valuable. He created a “narrative arc out of these stories” that he heard from family members and bar-dwellers, but he still put in effort and research to complete his flash-fiction book.
When writing his first book, Keating scheduled about ten hours each day to writing. He rhetorically asked the audience, “How much are you willing to suffer for the book?”
Keating mentioned that writers often tend to over-write their stories and are forced to edit them out for the sake of commercialism and a wider audience. “We don’t have the freedom to be prose writers anymore,” Keating said.

Garriga said that although characters and dialogue are important, writers must have reason to write and share stories. They must “get the stakes high and there has to be an occasion, a reason, for their speaking,” Garriga said.
As evidenced by the title, Garriga’s work is a conglomeration of flash-fiction style duels.
“You can’t just kill people and go: ‘duel!’ There must be an internal monologue for their violent actions,” Garriga said.
Especially for historical fiction works like Garriga’s, extensive research must be conducted. Garriga compared his writing process to a sort of “constant rehearsal,” drawing inspiration from contemporaries and classic novelists alike.
Keating mentioned that some criticism is valid, though it can at times be mean-spirited.
“A bad review is preferable to a good review,” he said, commenting that constructive criticism allows for writers to improve their craft and be more appealing to a larger audience.
Although both professors teach writing in a classroom, both prefer more hands-on and experiential writing styles. They frequent bars for vulgar inspiration and fresh stories.
“I would like to take school as far from school as possible. There’s nothing particularly interesting except for listening,” Garriga said.
Similarly, Keating mentioned that vulgarity is sort of fascinating. “I love the contrast of making the ugly seem beautiful.”
Both collections of works are available for purchase in the BW bookstore.