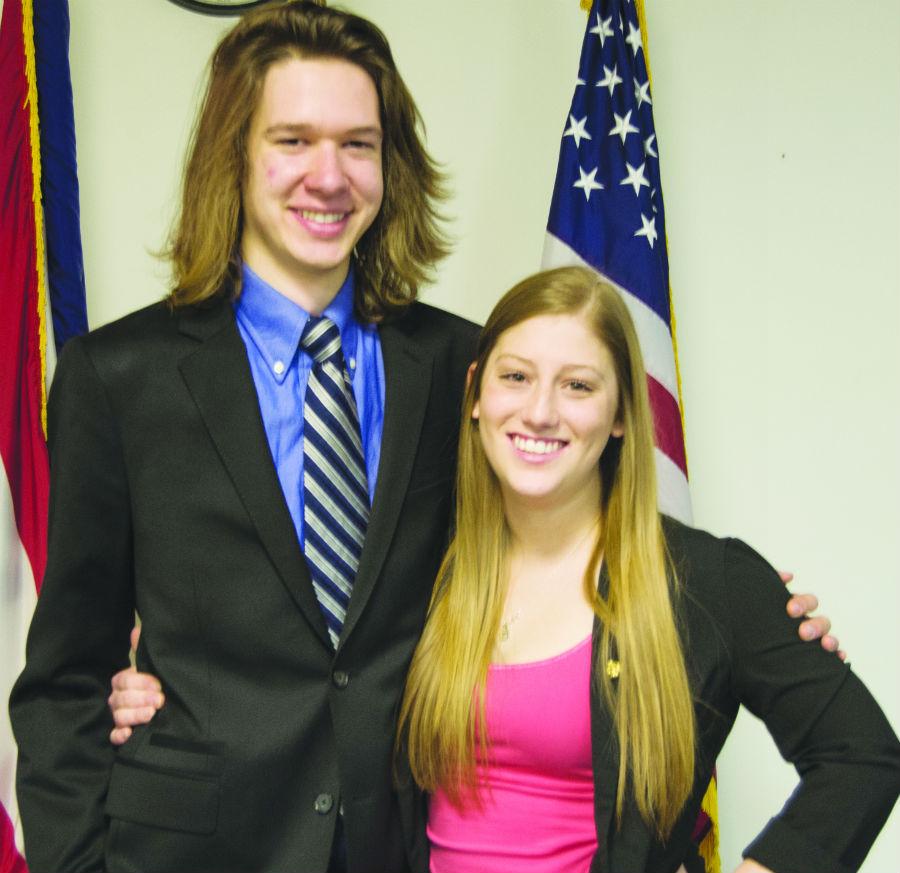 Juniors Kevin Warman and Annette Fetter have big plans for Baldwin Wallace University as they prepare for their term as student body President and Vice President (respectively) for the upcoming 2014-2015 school year.
Warman is majoring in Sustainability, Political Science, and International Science, while Fetter is majoring in Public Relations.
Warman and Fetter first met three years ago in a class they had together during their freshman year at Baldwin Wallace. Since meeting in that classroom, the two have remained friends to this day.
With numerous changes for the university in mind, the pair decided to run for the executive offices here at BW.
“After serving in the executive office (as Vice President) for the past year, I knew I wanted to continue, and make the campus a better place for everyone,” Warman explained.
Fetter currently serves as Alpha Phi Sorority’s President and holds a leadership positions in several of the other  organizations she is a part of. She plans to add a new perspective to the vice president office.
“I haven’t been a part of student government before, but I find that could be an advantage. I plan on adding new ideas to the office, and having the ability to reach out to different organizations,” Fetter said.
As the student body President and Vice President, Warman and Fetter are expected to connect the student body to the university’s administration and express any concerns the students might have.
Reaching out to different organizations and other parts of campus is something that was brought up in their platform when the two  ran for these executive offices and continues to be one of their top concerns as they prepare to begin their term.
“We definitely feel like there is a divide on campus. Not many people branch out of their clique or get involved with other organizations. Our mission is to bridge the divide, and hear the concerns of everyone-not just a select few,” Fetter said.
“We have tried in the past to reach out through the campus more, but I want people to know that not just the executive branch, but all of student government is for their needs,” Warman added.
“We also want the entire campus to support one another, and support each other’s ideas. Our job is to hear those ideas, and make them happen,” Warman said.
In Warman and Fetter’s platform, they spoke about improving residence halls, updating dining halls, and trying to solve the parking problems on campus.
Fetter was also interested in looking into more late night food options and having more places open for people to meet and socialize.
“We also want to look into having more swipe access into academic buildings late at night,” Fetter said.
“There is a lot we want to get done, and I think with Annette and student government, we will be able to start solving these problems we are facing on campus,” Warman said.
“We are very thankful for everyone who voted for us, and we are going to try our hardest to make sure that we make sure everyone’s voice is heard,” Warman said.