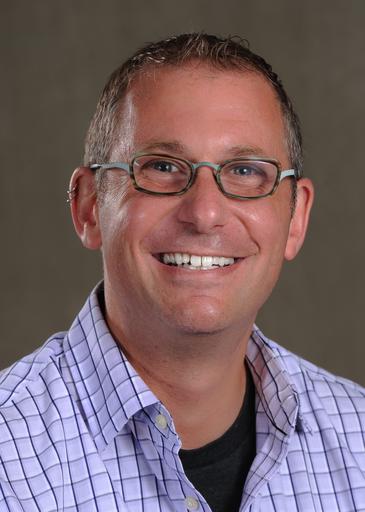 Ken Schneck, Director of the Leadership in Higher Education Program and Associate Professor of Education here at Baldwin Wallace University, led a thought-provoking  discussion involving misunderstandings between being gay and abusing drugs.
The discussion was presented by BW student organizations Allies and BWise and took place Wed., Nov. 6 in Kamm Hall.
Schneck started off the discussion by telling a little bit about himself. Schneck was Dean of Students at Marlboro College in Vermont for 10 years. He has also served as the Assistant Dean of Student Affairs at Sarah Lawrence College and Assistant Director of Residence Life at the School of American Ballet. Schneck was also the Assistant Director of the Center for Student Development and Campus Activities at Pace University. Additionally, Schneck is the host and producer of “This Show is So Gay,” a nationally syndicated radio show.
After giving a little bit of background about himself, Schneck then followed up with an interesting statistic: he claimed that the Lesbian, Gay, Bisexual, and Transsexual (LGBT) community are three times more likely to abuse alcohol and other drugs than any other students.
Schneck explained that many of the students in the LGBT community use alcohol and drugs as a form of escapism to escape their core identity. He continued to say that as children are growing up, they are told to not do drugs, not to drink, and to like someone of the opposite gender. Schneck explained that if LGBT students begin to question their sexuality, then they also begin to question everything else they were told growing up.
It is estimated that between 20-30 percent of gay and transgender people abuse substances like tobacco, alcohol and other legal and non-legal substances, compared to nine percent of the general population.  The emotional stress that develops as a result of the daily struggle of discrimination is a trigger of the higher rates of substance abuse.
Regarding tobacco alone, gay and transgender people smoke up to 200 percent more than heterosexual and non-transgender people.  Compared to the 5-10 percent of the general population, studies show that 25 percent of gay and transgender people abuse alcohol in some way.
Illegal drugs have more numeral differences.
Men who have sex with men are 3.5 times more likely to use marijuana than men who do not have sex with men, and those men are also 12.2 times more likely to use amphetamines.  Additionally, men who have sex with other men are 9.5 times more likely to use heroin.
It is encouraged to use resources within the community if you are ever feeling the need to talk to someone.
BW has counseling services free to all students any time.  They are here to listen and have the resources you need if you are feeling that turning to drugs and alcohol to escape from emotions.
Also, if you see a loved one or a friend show symptoms of depression or anxiety, or have knowledge of drug or alcohol abuse, do not ignore it.
These are serious concerns that should be addressed immediately.  It is a goal to make each individual feel safe and accepted at BW.