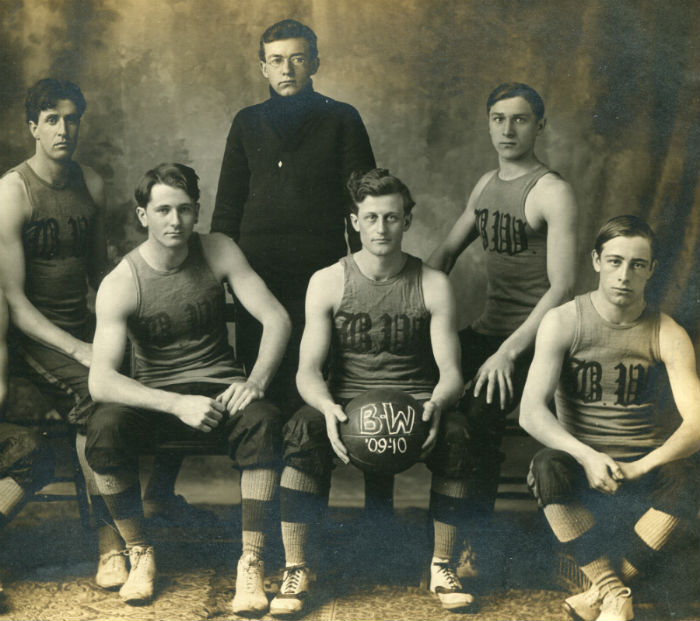 This August marked the 100th anniversary of the merge between German Wallace College and Baldwin University to form Baldwin-Wallace College.
The theme of the anniversary celebration, “Better Together,” is meant to emphasize the importance of these two institutions coming together, which allowed for a better financial and academic experience for both schools and their students.
There were several events celebrating the anniversary over the summer including a 100-foot-long cake and contests to name famous duos and food pairings that are “better together.” Students were made aware of the anniversary on the first day of school when university faculty handed out cookies and milk to celebrate the occasion.
There is also a historic exhibit on display on the third floor of the Ritter Library for students to enjoy.
Baldwin Wallace historian Jeremy Feador was thrilled when he saw the university making such an effort to educate the student body on the history of BW.
“I think knowing about BW’s long history instills a sense of pride in students to be at a school with a solid foundation of commitment to excellence,” Feador said.
Baldwin University and German Wallace College had a history of cooperation long before they merged in 1913. Because of the schools’ close proximity in Berea, students could take classes reciprocally at either institution, and no courses were duplicated between the two. There were even “Baldwin-Wallace” athletic teams before the unification of the schools took place.
Baldwin University’s campus was originally located in the Rocky River Reservation area of the Cleveland Metro Parks.
The encroaching rock quarry and numerous financial setbacks eventually forced John Baldwin, the founding president, to sell the campus and move to a plot of land on the northeast corner of Front St. and Bagley Rd. that we recognize today as North Campus.
In 1913 a letter from the Baldwin University Trustees was sent to German Wallace College, and the merge took place.
One of Baldwin’s missions for his institution was to make a college education affordable for everyone. That mission still shines through today as BW offers financial aid to 99% of its students.
In addition, the U.S. News & World Report continually ranks BW as one of the “Best Value” higher educations in the nation.
Diversity is also an important part of BW’s history. Baldwin University was one of the first schools to admit students with no discrimination regarding race or gender.
This dedication to diversity holds true today as BW has a very diverse campus with a large number of students choosing to study here from around the world. Baldwin University and German Wallace College made history the day they merged in 1913. Exactly one hundred years later, Baldwin-Wallace College became Baldwin Wallace University, continuing the tradition of excellence and progress.