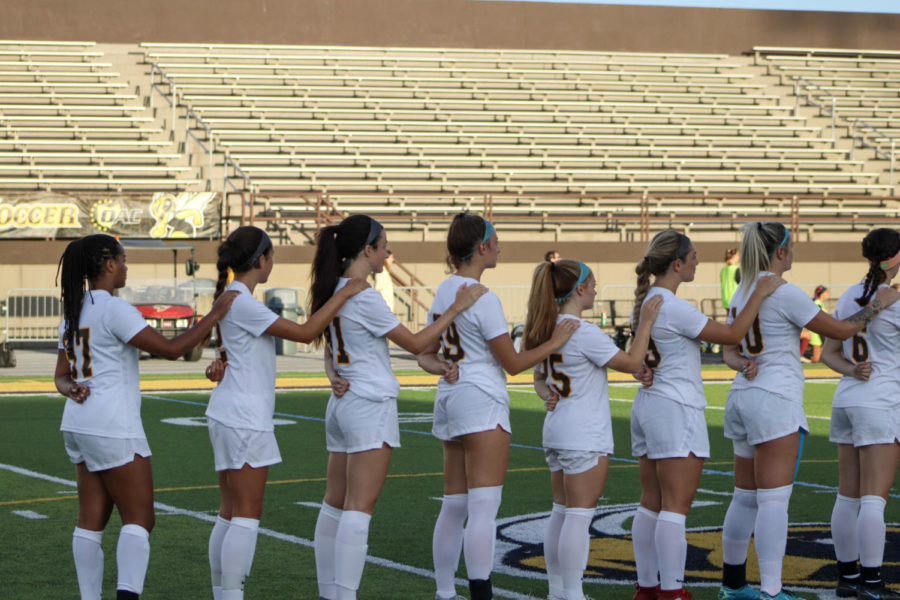 The Baldwin Wallace women’s soccer team competed on November 4 against top-seeded Otterbein in the OAC semifinal in which they fell 2-0.

The team went into halftime with Otterbein having a 2-0 lead, the Yellow Jackets couldn’t fight back in the second half. Freshman goalkeeper Katie Scott had eight saves on 10 shots.

The women’s soccer team ends their season 11-10 overall and 5-4 in the OAC conference.

Earlier in the league tournament, BW defeated Mount Union 7-3 on November 2 in the OAC quarterfinal. The team was trailing Mount Union 0-3 by the 34th minute of the match but quickly came back with seven unanswered goals in an energetic second half.

Sophomore Sydney Rice led the team against the Raiders with four goals. Freshmen Kayleigh Neale and Ella Barth each had a goal and sophomore Alissa Scattino quickly followed suit with her first career goal.

The Yellow Jackets made OAC history against Mount Union by scoring the most goals in a tournament game.

In the season overall, Rice led the OAC with 106 shots on goal and 18 goals.