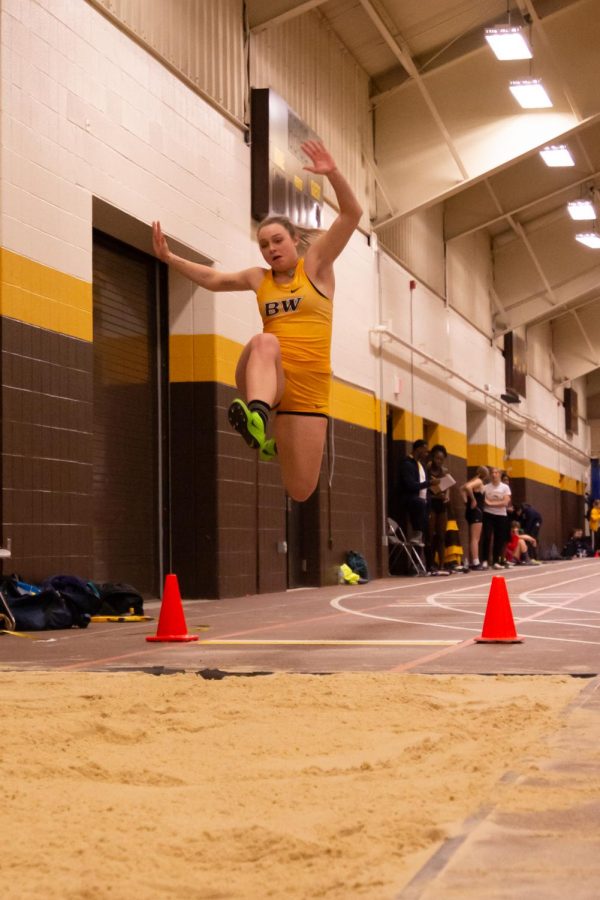 The Baldwin Wallace University indoor women’s track and field team was able to bring home six individual champions at the OAC Indoor Championships this past weekend.

Senior All-American Kelly Brennan had two of the five first place finishes, with her victories coming in both the 1,000-meter and one-mile run. Kelly set the BW record in the 1,000-meter with a time of 3:01.98. In addition to the two medals, Brennan was awarded the OAC Women’s Indoor Distance Runner of the Year following the meet.

Senior thrower Brooke Buckhannon was champion for throwing a final 53’5”. This was the second year in a row that Buckhannon has been champion of this event. Buckhannon also placed third throwing in the shotput with 42’1.5” behind fellow Yellow Jacket, senior, Jillian Roberts who ended up with 44’2.5”.

Baldwin Wallace as a team placed fourth place at the OAC Championships.

The men’s indoor track and field, on the other hand, has not had much success. When they recently competed in the Ohio Athletic Conference Indoor Championships, they placed ninth out of the ten teams competing.

Leading the Yellow Jacket men was Ted Achladis who placed fourth in the shot-put event landing 49’7.75”.  Freshman Zack Justus came in fifth place in the 800-meter for a personal best 2:00.55.

The women’s team looks to continue its dominance Saturday, March 7th in the NCAA Last Chance Invitational, and the men will compete as well.