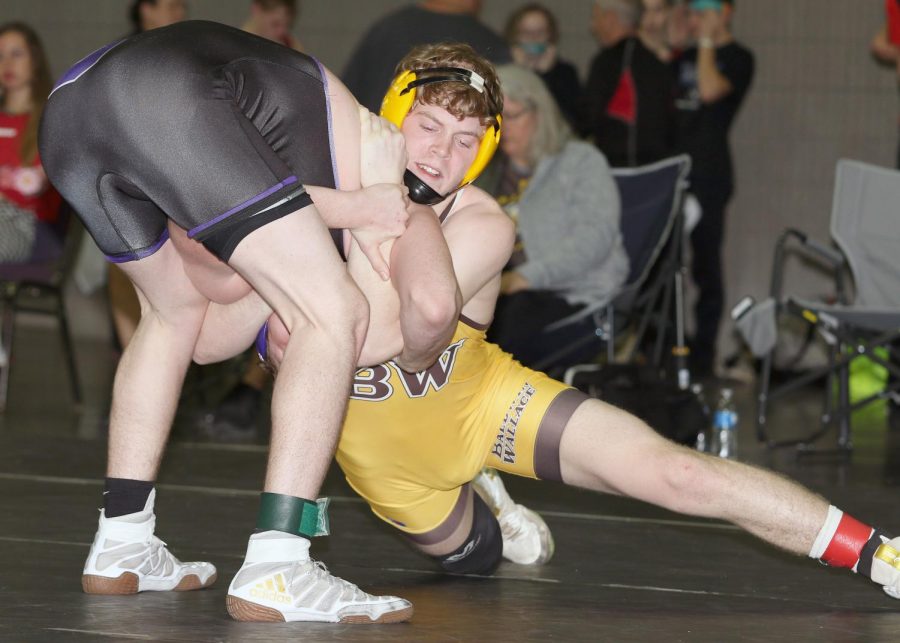 The Baldwin Wallace Wrestling team landed themselves at No. 7 in the latest National Wrestling Coaches Association poll this past weekend after going undefeated in the OAC quad meet.

The Yellow Jackets started their week off at John Carroll on Tuesday, January 21st against the No. 22 Blue Streaks. They walked away with a huge 21-13 win. During this match, No. 5 Nationally-Ranked Senior All-American and Academic All-OAC 141-pounder Charlie Nash claimed his 100th career win. Nash is one of nine Baldwin Wallace Wrestlers to achieve this exemplary milestone. The team continued their week adding three more wins against Otterbein, Muskingum and Heidelberg. The scores for those matches were as follows; 37-10 against the Cardinals, 45-6 against the Muskies and 31-6 against the Student Princes.

The team did this all after completing a near perfect winter break. After losing their match up to #6 Mount Union on Dec. 3, the squad racked up 11 wins in their last 13 meets, while also placing third at the Citrus Invitational at the end of December. Their only other loss came at the hands of #2 Wartburg.

The match against Wilmington College originally scheduled for Friday, February 7th has been cancelled.

The Yellow Jacket Wrestlers are back in action on Saturday, February 8th at the Lou Higgins Center Fieldhouse in Berea, Ohio for the 34th John Summa Invitational. The matches will begin at 10:00 am EST.