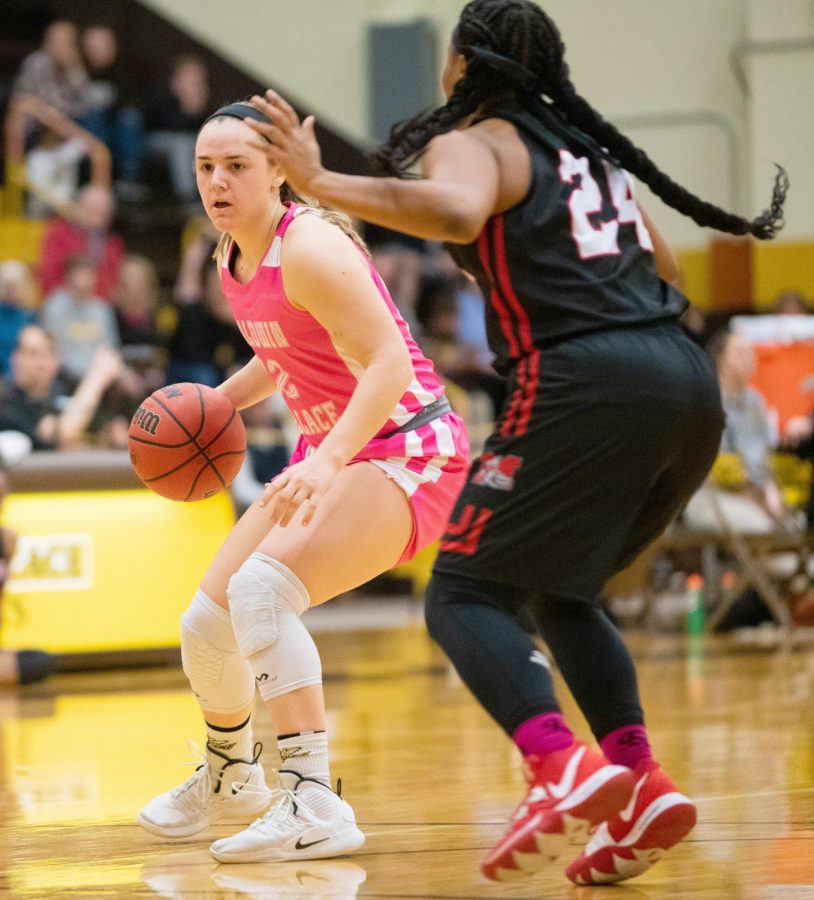 The #12 team in the nation calls Berea home.

After 20 games, the Baldwin Wallace Women’s Basketball Team sits atop the OAC standings and is looking over the shoulder at the Division III top-10 rankings.

After starting the season with eight straight victories, the Yellow Jackets faced the #7 Wartburg College, and fell by a score of 79-48, that was the only time this season the team allowed over 61 points. And the only time they’ve been held to less than 53 points.

The loss put some things in perspective, but the team battled back and in the consolation game of the Wartburg Holiday Tournament, the team beat Washington (Mo.).

They then started a stretch of 15 consecutive OAC games, which leads them to the OAC tournament. They began that slate with five consecutive victories, leaving them a perfect 7-0 in the OAC. That was until crosstown rival John Carroll hosted the Yellow Jackets.

The Blue Streaks stifled the Yellow Jackets offense, holding them to just 53 points on

The Yellow Jackets bounced back though, as they have the last 30 years under coach Cherri Harrer. They won the next three OAC matchups, earning Harrer wins number 598, 599, and 600.

Harrer is the 77th head coach in NCAA Women’s Basketball to have won 600 games or more, and is just the 21st to have done so in Division III. Harrer is the third most winning coach in OAC History, following Capital University’s women’s coach Dixie Jeffers and former Otterbein men’s head coach Dick Reynolds.

The team on the court is led by two scorers in double digits, Senior All-OAC guard Riley Schill is averaging 11.3 points per game, and senior All-OAC Hannah Fecht is averaging 10.4 points. Sophomore Lilly Edwards leads the charge in the paint, with an average of 5.2 rebounds per game.

As a team, the Yellow Jackets have embraced a tough defensive mentality. BW is only allowing opposing teams to score 55.7 points per game, and have a +15.8-point scoring margin, with their high powered offense averaging 71.6 points per game. Just recently, Fecht broke the school record for three pointers made in a game with seven.

The Yellow Jackets still have some business to take care of though, with six OAC matchups left before the OAC tournament starts on Feb. 25. BW could stretch their winning streak to nine wins before tournament play starts, if they do the team would have a real shot at breaking numerous BW records. In Harrer’s tenth season as head coach, the Yellow Jackets won 28 games.

If this team sweeps their way into the NCAA Tournament like last season, a 30-win season is in the realm of possibilities in Harrer’s 30th season.