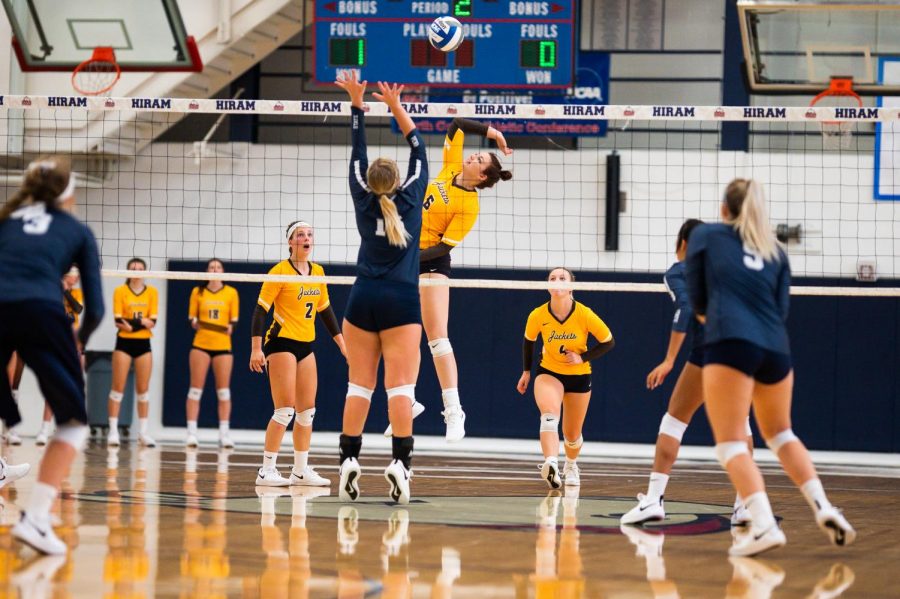 The Baldwin Wallace University volleyball team has started the season hot with a 14-1 record. The team has been on the road for their past 15 games, competing in tournaments in New York, Indiana, Wooster OH, and Hiram OH. BW Volleyball sweeps the season opening tournament, Cortland Red Dragon Classic in Cortland, NY. Junior Academic All-Ohio Athletic Conference and All-OAC libero Sarah Reinhard was named Most Valuable Player, earning herself a spot on the All-Tournament team.

On Friday, September 13, the women secured 2 victories, improving to a 10-0 record in the Ginny Hunt Kilt Classic hosted by the College of Wooster. Alexis Garrett, Junior middle hitter had a career-high 13 kills in the five-set victory over Hiram College. Sophomore outside hitter Cecelia Stebel had a game-high kills in their straight set win over Bluffton University. The next day the Yellow Jackets remained unbeaten, extending their streak to 12 games, as they were named Champions of the Ginny Hunt Kilt Classic.

The Baldwin Wallace University volleyball team played their first non-tournament match on Wednesday, Sep. 18 at Case Western Reserve University. The Jackets came back from a 1-0 deficit to defeat CWRU three sets to one. Junior setter Kathleen Egan led the game with a career-high 56 assists.

On Saturday, Sep. 21 the Yellow Jackets fell in three sets in the opening match versus Hiram College (10-3) in the Hiram College Invitational. The team defeated Penn. St.- Altoona in four sets in the second match of the tournament.

On Friday, Sep. 27 the team will travel to Elizabethtown, Pennsylvania to compete in the Blue Jay Classic hosted by Elizabethtown College.