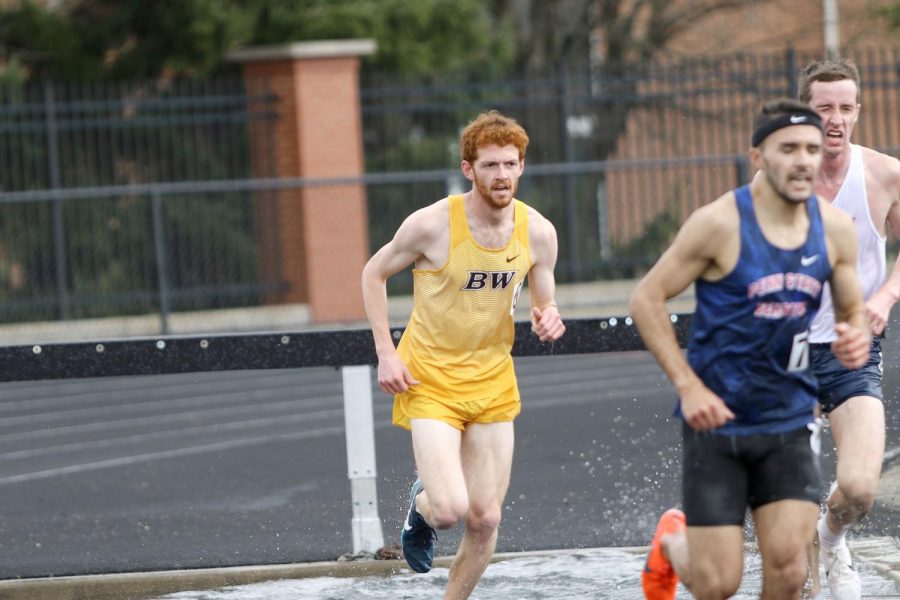 The Yellow Jackets Track and Field team will compete in the OAC Championships at Otterbein April 26-27.

On Mar. 30, the Baldwin Wallace University men’s outdoor track and field team traveled to Westerville, Ohio where they placed sixth of seventeen teams in the April Fools Invitational hosted by Otterbein University.

The men continued their road trip the following week in Alliance to compete at the John Homon Open hosted by the University of Mount Union. The meet was unscored. On April 13 the team competed at the All-Ohio Outdoor Championships hosted by Ohio Wesleyan University in Delaware. BW finished fifth of twenty teams overall.

The BW men will wrap up April at the OAC Championships hosted by Otterbein on April 26-27. The Yellow Jackets will kick off the month of May hosting the annual Harrison Dillard Twilight and close the month with the NCAA Last Chance meet in Naperville, Illinois and the NCAA Outdoor Championships in Geneva, Ohio.