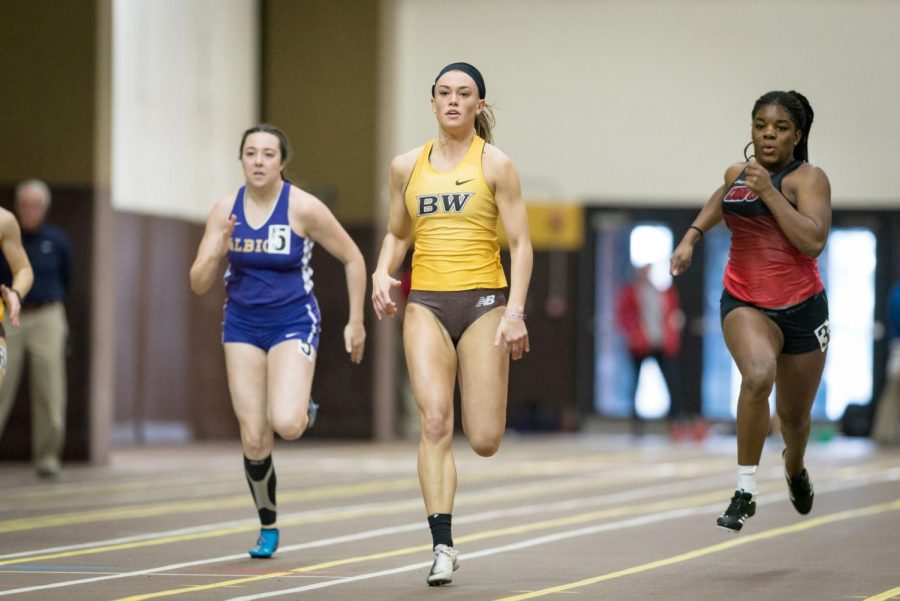 Senior All-OAC sprinter Grace Nemeth was among the individual champions for Baldwin Wallace at the OAC Championships.

On the first day of the tournament the Yellow Jackets won one championship and set one school-record after senior Kelly Brennan crossed the finish line in the 5,000-meter run in second place at a time of 17:19.51.

The other All-OAC accolade was earned by junior Brooke Buckhannon after she posted a career-best distance in the weight throw with a toss of 53 feet and 9.24 inches.

BW will be back in action on March 2 when they compete in the NCAA Final Qualifier Meet hosted by Tufts University at the Gantcher Center in Medford, Mass.

The next weekend the team will travel to Boston, Massachusetts to compete in the NCAA Indoor Champions. The two-day event will take place on March 8-9.