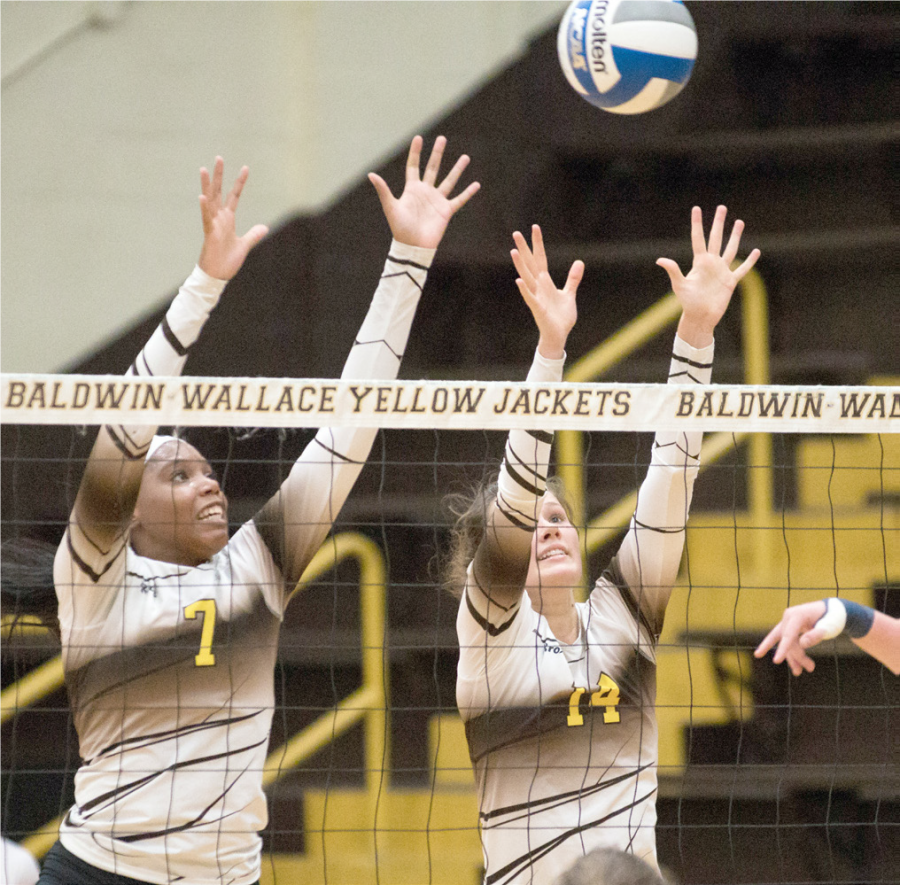 BW has not defeated ONU since the 2011 season and the Yellow Jackets were long overdue for a win against this conference foe.

In the first set, both teams created back and forth, exciting action. After the Polar Bears had a five-point lead, freshman Morgan Martin took over from service with a five-point streak to tie it up. After this momentum swing, the Yellow Jackets found a way to finish off the set with the score of 25-21.

The teams geared up again for the next set, where sophomore Kathleen Egan gave the Yellow Jackets a lead towards the end of the set.  Ohio Northern battled back, tying the match at 24. Egan again was making plays, this time assisting the final two kills to put the set away.

The momentum kept building into the third set as Baldwin Wallace pulled away with the victory.  BW got out to the largest lead of the match, thanks to the help of a few key players. Freshman Morgan Mellinger tallied 13 kills and sophomore Taylor Brown registered 10 kills.  Additionally, senior Ashley Nuding and Egan combined for thirty-seven assists.

Despite the preseason OAC Rankings, the Yellow Jackets proved they have the recipe to make some noise in the conference.

“I thought it was a great victory tonight to set up the stage for what’s coming in the OAC,” said head coach Scott Carter in an interview with BW athletic communications after the game. “We needed something like this to get our kids to buy in and believe in how talented they are. This solidified our identity tonight and we’ll walk back into the gym knowing that we can compete with anybody in the country.”

Since this victory, BW has a current conference record of 3-1.  Baldwin Wallace will be back at home on October 20th against the Wilmington Quakers.