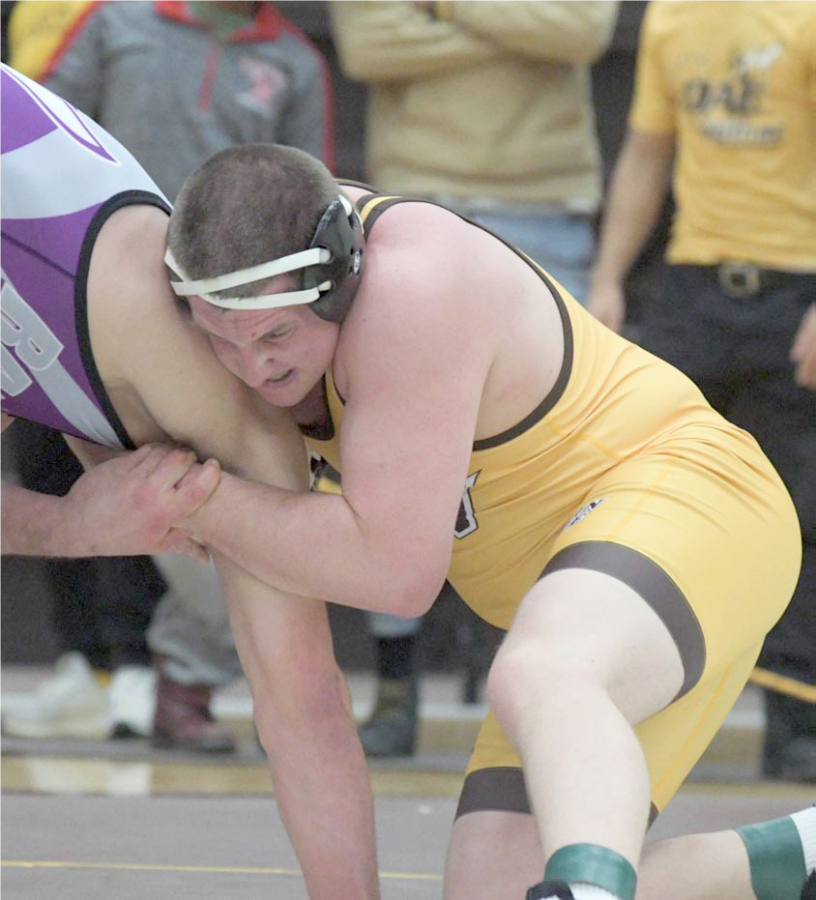 Gibbs said, “It feels good. Anytime there is a coach of the year honor it is a reflection of the entire coaching staff, support staff, and administration. I am blessed to have hard working, talented folks in all of these areas,” about his coach of the year award.

The team is very happy with their performance, but also focused on the new task at hand which is the national tournament. Gibbs mentioned this as well.

“I am super proud of our guys. Their hard work and dedication showed up and it paid off. The team is focused on what lies ahead.”

“Here at BW everyone is a leader on the wrestling team, but being a senior leader, it is easy for me to lead such a dedicated and motivated group of guys… BW wrestling has never won a regional championship as a team and to be a part of that is something special! We have a special group of guys on this team and to have nine out of ten guys make the national tournament really speaks to the amount of work and time we put into this season. We have two more weeks to get better and bring a trophy home from the national tournament.”

BW and the Greater Cleveland Sports Commission will host the tournament at Cleveland’s historic Public Auditorium on March 9-10.