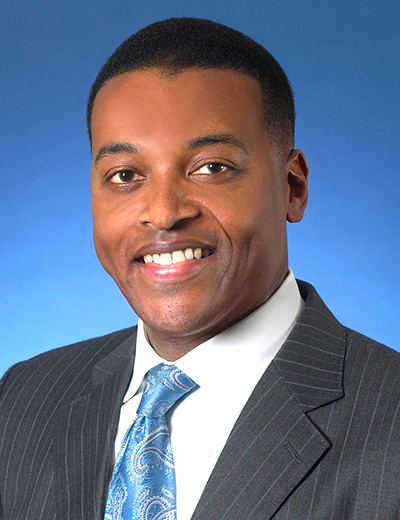 Randy McShepard, a BW ‘86 graduate, has been invited to be the Spring 2022 commencement speaker at the Ursprung Gymnasium on May 7.

McShepard has fought his entire life to change systems. Whether it’s lobbying in Washington, D.C. as the Chair of the Workforce Investment Board or creating the national standard for urban farming through Rid-All Farms, a nonprofit he founded with childhood friends, McShepard is focused on supporting the underserved communities of Cleveland.

McShepard arrived on campus in the fall of 1982. He would spend the next four years adapting to the environment while simultaneously working to change it. “I learned the importance of just taking on those types of challenges and issues head on,” he said to ‘The Exponent’ on the ‘Gen Z Politics’ podcast.

McShepard continued saying, “Learning how to be respectful, but at the same time to communicate your displeasure. […] That’s a big conversation to have as an 18-year-old kid, but I felt like that was the right way to go.”

McShepard spoke of one formative event in his complex BW experience as a black student at a predominantly white institution in the 1980s. It was about the time a white friend of his realized he was going to room with a black man, and requested a switch. McShepard said, “Although I didn’t think that that was fair, I certainly could understand better, you know, where he was coming from. And we had an open, honest conversation about it.”

McShepard continued saying, “I can tell you lots of stories about what white people have done to me and my family. But that doesn’t mean I’m not going to live with you. I mean, hopefully, we can learn from their mistakes and build a new generation of better collaboration and trust, but those are the kinds of wonderful conversations that you’d have on a college campus. And that’s what I appreciated most.”

McShepard attended BW from 1982-1986 and studied Psychology and Communications. He participated in ‘The Exponent’ and Student Senate, which he credits are opportunities that allowed him to develop into the community leader he is today. McShepard said, “I’d like to say that the secret sauce for my career success really has been focused on writing and communications. I started out my nonprofit career, writing lots of federal grants and winning those grants and sort of becoming quite successful, you know, launching my career in that regard.”

Some of his recent accomplishments were also supplemented by the positions he held at BW. “Fast forward, and I’ve founded a think tank where I’m doing lots of writing [as well],” McShepard said. “I also currently work as the Vice President of Public Affairs, so I do a lot of lobbying work in DC working with national organizations on behalf of our company. And I think back to when I was a student senator, and sort of cut my teeth with politics and negotiations trying to find a happy medium with those that think differently than you do.”

He admitted his struggles with systemic racism and bigotry continued into his professional career. McShepard said he was in many situations at BW where he was the only person of color, and that he “took all those experiences with me and [thought of them] whenever I felt alone. […] When I arrived at my current place of employment, I was the only person of color at the corporate headquarters,” McShepard said.

He offers advice for others in this situation by explaining what he told himself. “The first thing I said to myself was ‘You’ve been here before, don’t be alarmed. Don’t worry so much about it. Just remember the lessons you learned. If you do have conflict, you know how to approach people and have conversations. Put them at ease, keep your voice and your demeanor very calm and be direct. And then be a champion for change. Speak truth to power. Maybe climb the corporate ladder and become more of a community civic leader.’ If you have that respect in the community, you are a voice that people will listen to, and perhaps be more trusting [of],” McShepard said.

To hear more about McShepard’s work as a co-founder of PolicyBridge, a nonpartisan, African American-led public policy ‘think and action tank,’ and the Rid All Green Partnership, an urban farm located in Cleveland’s Lower Kinsman neighborhood, listen to the complete interview on the ‘Gen Z Politics’ podcast, available on all listening platforms.