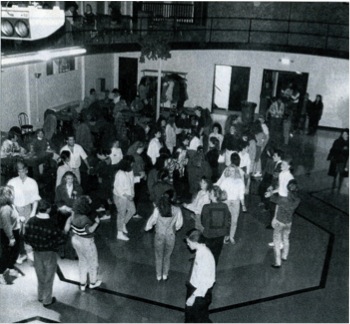 Students gather for a dance on Jan. 19, 1990 in honor of the grand opening of the Student Activities Center.

From Baldwin University and German Wallace College, to Baldwin-Wallace College, to Baldwin Wallace University, the university has undergone both major and minor changes in all aspects.
Students, faculty and staff members have come and gone. Organizations have been created, careers have been built, scholarships earned, and legacies left behind. Buildings have been put to rest, with others constructed to prepare for the future of the university.
Featured this issue are some of the historical changes made to the campus of BW throughout the years. 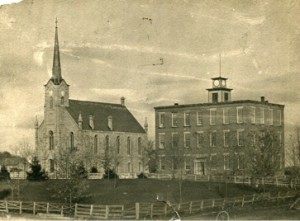 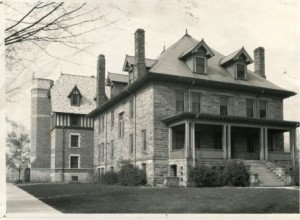 Donated by Fletcher Hulet, the original Hulet Hall (not pictured), located on the old Baldwin University campus, contained a recitation room and chapel.

Pictured above is the new Hulet Hall constructed from the bricks of the old hall. The building became a residence hall for women and was located in the present – day Ritter Library parking lot next to Lang Hall.

In 1972, the building, in need of major renovation, was torn down. 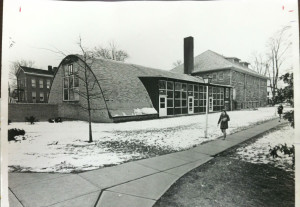 Built in 1911, the Student Activities Center (SAC) originally served as a men’s and women’s gymnasium.  The upper level was an indoor track, with the main floor housing workout equipment.  In need of a place for campus events, the SAC was renovated in 1990 to houes a wide range of events from dances and luncheons to movie nights.

During World War II, a Quonset hut (containing a swimming pool) was build directly behind the SAC for the V-12 Navy College Training Program.  The five-lane indoor pool was used for years after  the war until it was removed in 2002.  The Circle of Warmth bonfire area, constructed in 2006, now resides in this space.