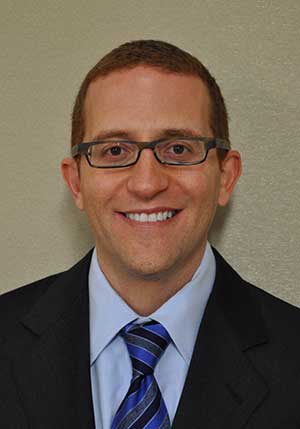 Religious freedom in America is in trouble, according to Daniel Mach director of the ACLU Program on Freedom of Religious Liberty. His lecture, Religious Freedom in Crisis: Favoritism, Animus, and Upheaval, and What Happens Next, will be featured in upcoming the Marting Lecture series.

According to Dr. Alan Kolp, chair of faith and professor of religion, Posman was responsible for setting up the lecture because of her personal history with Mach.

“She’s the chair of the department. She’s buddies with this guy and she’s the one who has arranged all of it,” said Kolp.

Posman said the relationship between her and Mach has been long-lasting.

“We went to high school together. We’re still friends,” said Posman. “I think we hatched this plan a couple years ago and I thought, you know, if there’s ever a chance to bring you to campus, I think it would be a benefit to the students to hear from you because you’re doing really interesting things.”

As well as being a director at the ACLU, Mach is an adjunct professor of constitutional law at George Washington University and has worked for years specializing in litigation surrounding first amendment rights.

“He was doing a case in which a school in Arkansas had banned “Harry Potter” from the school library because of witchcraft,” said Posman. “And I was like, this is such a cool story, and I thought, we cover issues like this in my classes and it would be great from my students to hear from you, and I would love it if you could come to BW and speak some time.”

In recent years the Supreme Court has tried an increasing number of cases involving religious liberty, said Posman. A noteworthy case pointed out by Posman involves, “cases where death row inmates who were Buddhist or Muslim asked for some clergy, but the prisons say they don’t have privileges here, only a Catholic priest has privileges here,” said Posman. The concern among people like Posman and Mach in cases like these is that Christianity is being given priority by state institutions over other religions, said Posman.

“The fact that the court denied that is shocking,” said Posman. “But that these kinds of Christian liberty cases, that involve either putting crosses in public places or that deal with personal conscious about LGBT issues and refuse to bake a wedding cake or something like that, those are the ones that get taken up as the right to religious liberty.”

Mach will cover the trend of these religious liberty cases and discuss what they mean for the future of religion in America. The lecture will be held on March 31 at 7:30 pm in Sandstone 3.