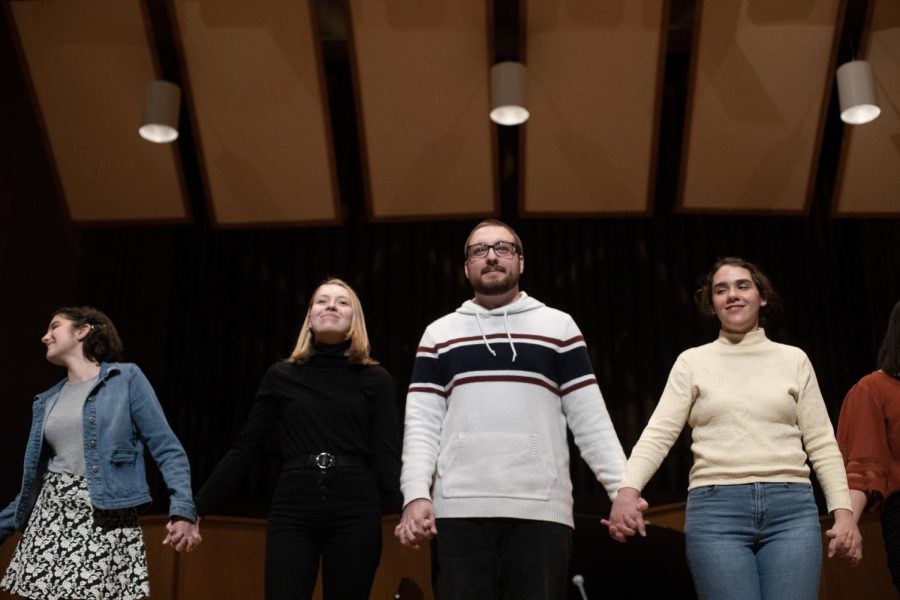 Ruffing, a junior Management Arts major, wrote the show based around his Broadway-style composition of Youtube personality Jenna Marble’s song “I Want to Be Tall.” Marbles acknowledged this in a video titled ‘Reacting to Your Memes,’ where she listened to Ruffing’s version with a smile on her face.

“The idea for the concert was mostly a result of the Jenna Marbles stuff I did on my [Youtube] channel, so that kept happening and her fans wanted more stuff, so I thought, ‘Okay, cool, I can turn it into an actual staged show,'” said Ruffing, “but that’s gonna take way too long to do… so the concert is probably the closest thing to watch or listen to or go to while they’re waiting for the show to happen.”

“Everyone is having a positive attitude about the show along with having a fun time performing their songs as well as listening to others perform their songs,” said Sarah Farris, the production’s assistant director. “The general vibe is lighthearted and just fun. A good portion of the songs are very funny, so it makes for a fun environment.”

Ruffing has been writing his own music since he was a sophomore in high school and has composed a total of three shows throughout his life. “Lost His Marbles” is his first show with Baldwin Wallace.

“The concert was a huge success in my eyes,” said Ruffing. “We had a great turnout both in person and over the live stream, and I’ve heard so many great things from people who watched the concert. The cast was so perfect and performed everything wonderfully.”

He is very open to

doing another show for BW and is currently exploring options for a second show; possibly a live stream-only show in the future to mix things up.

The show, performed on February 23, was also live-streamed through Twilit Publications, run by fellow BW students Devon Tingley and Helen Kohler as a way to help student musicians to share their music with the world. Since the premiere of ‘Lost His Marbles,’ Ruffing has gone viral again, this time on TikTok: a video taken by his brother of the performance gained over 400,000 views.