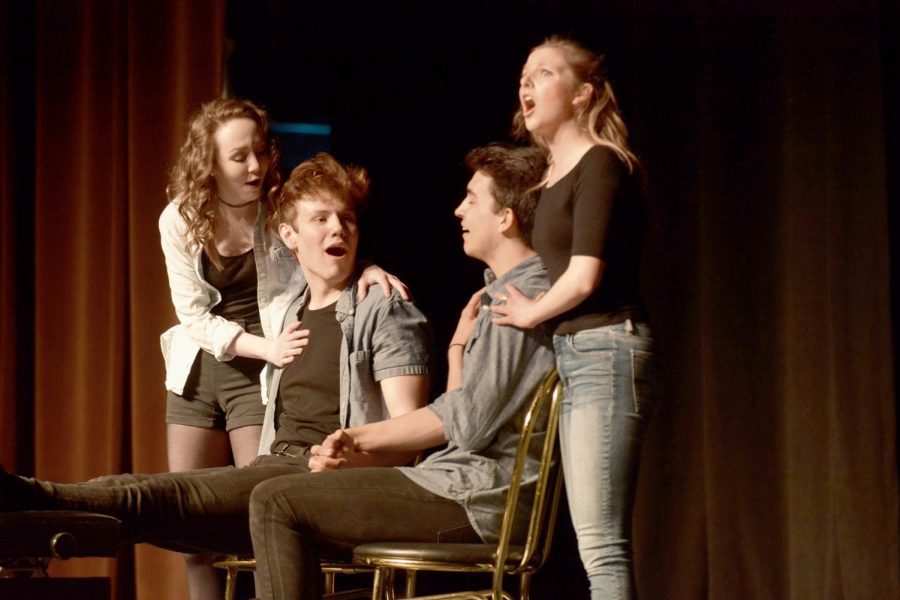 At the First Year Music Theatre Showcase, you never know when one of the freshmen you see taking the stage right here at Baldwin Wallace will one day take the stage on Broadway.

Each year, BW sends off a class of music theatre majors into the entertainment industry. Students from the music theatre class of 2018 have gone on to perform on Broadway and to star in tours of shows such as Andrew Lloyd Webber’s Cats.

Before musical theater students can get to this point in their careers, though, they start with their first year at Baldwin Wallace, which culminates in their first public showcase.

The music theatre class of 2022 will be finishing their year with a showcase on April 28 at 2 p.m. at the Mainstage Theatre in the Kleist Center for Art & Drama. This event is free and open to the whole community.

According to Matthew Webb, music theatre music director and assistant professor of music theater, this class is special because of its diversity.

“This is our biggest class of MTs [music theatre majors],” said Webb, “and they come from all corners of the country from California, to Florida, to Alaska, to New York, to Texas.”

With 22 students in the class, this allows for a diverse program including scenes and songs from shows including Next to Normal, Sweeney Todd, In the Heights, Wicked, and the soon-to-be off-Broadway production, LIZZIE.

This program is meant to train students to be well-equipped for auditions and performing, said Webb, but there’s also a more personal side to the students’ efforts as well.

“It’s our goal to help each student bring their own individuality and artistry to their workshop classes and performance opportunities,” Webb said.

Over the next few years, these students will have opportunities to perform in shows, master classes, and recitals, all the while honing their craft. This showcase is just the first step in these performer’s careers.

It is a culmination of what they have learned throughout their first year in what On Stage Blog named the number one Bachelor of Music program for music theatre.